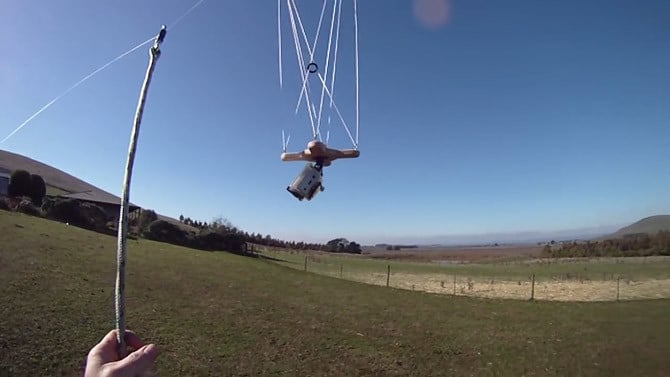 If you’ve never heard of the method being used before, attaching your camera to a kite may sound kind of sketchy at first, but the aerial photography technique has actually been around since the late 1800’s. In 1912, a french inventor by the name of Pierre Picavet invented the Picavet suspension, which allowed photographers to mount cameras to balloons and kites while providing leveling to the camera as it flew through the air.

Though the art of kite aerial photography has mostly gone to the wayside, there’s still a devoted group of enthusiasts out there that are keeping the hobby alive. Once of them being YouTube user, QueDecree. In the video clip below, the Australian kite aerial photographer shows you how to get your kite and camera up in the air, and also shares some pointers on assembling the rig.

The kite and Picavet system probably won’t offer the level of stability you would be looking for if you wanted to capture aerial video–a proper gimbal is probably best for that–but this relatively inexpensive DIY project has a lot of potential for getting some good, sharp aerial stills. (Plus, who doesn’t love flying a kite?) 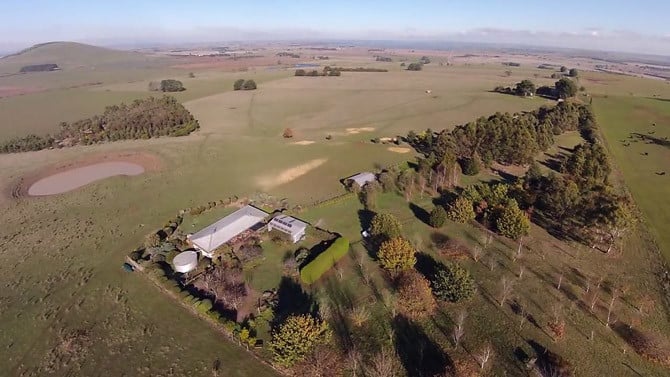 If you’re interested in building your own aerial kite rig, there’s a lot of resources available on the internet–I suggest you first head over to the DIYP post, Kite Photography 101. The Picavet PublicLab is also a great starting point that’s chock full of Picavet builds, and there’s also this great this great DIY from Matt Silver over on Instructables.