You know we are not big fans of vertical videos, and up until lately, google were not a big fan of this either, noting camera users to flip the phone when shooting vertical video.

They also ‘made’ the youtube app play vertical video on roughly half the screen. I am not sure if this was a bug or a feature, but it is about to change.

Android Police reports that google are finally caving in and the new version of mobile youtube (Android | iOS) will enable playing a vertical youtube on a full screen when the phone is held vertically. 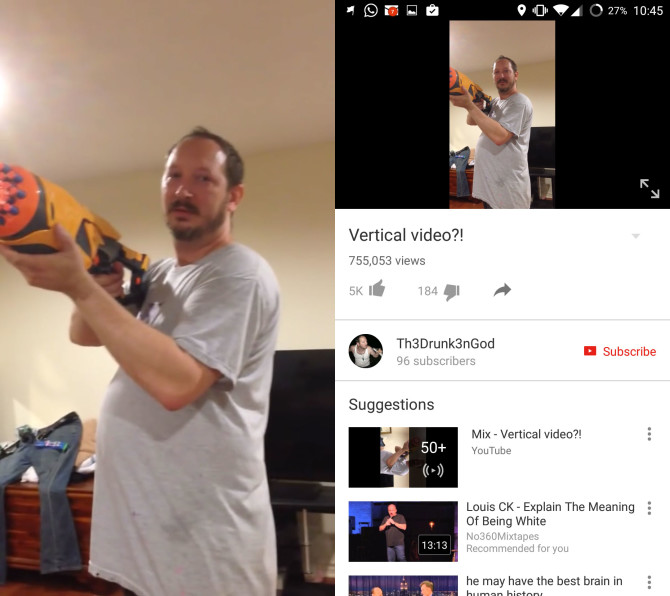 If you wanna test it here is a link filled with vertical videos that you can open on the youtube app.

This ‘feature’ is not available to iOS just yet, but it will probably be there soon enough.

Did Apple just secretly solve vertical video with the iPhone 8?

« 12 Step Program for Editing Landscape Photography Without Plugins, Presets or Actions
No Budget For A Drone? Put Your GoPro On A Kite Instead »