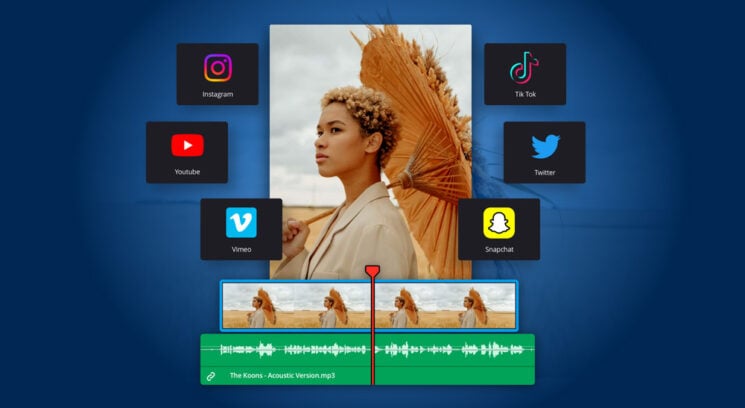 Blackmagic Design has announced the new DaVinci Resolve 18.1 update which finally brings native vertical video editing features to the software. It also adds the Neural Engine-enabled AI dialogue leveller and AI voice isolation tools to the cut, edit and Fairlight pages to help make your voice stand out more easily from the background noise. Fairlight grid support has also been added to help you more easily edit to the beat.

Vertical video has always been a bit of a bugbear for me with DaVinci Resolve. It’s not something I need to do all the time, but sometimes it’s nice to pop a Story up on YouTube or something to accompany a video and while I’ve been 100% DaVinci Resolve for the last three years for my regular main video content, I still have to sneak into Premiere Pro for vertical videos for social media. Now, it looks like I might finally be able to use Resolve for everything!

But it’s not the only big change to come in DaVinci Resolve 18.1. There are also new Neural Engine voice isolation and dialogue levelling features, letting you skip the manual compression and EQ you might normally go for. I’m curious to see how it compares to doing it the old-fashioned way, but even if I still end up doing it with compression and EQ filters most of the time, it’s nice to have the option of an automated solution for quick videos for social media.

Here’s the complete list of DaVinci Resolve 18.1’s key features, although this doesn’t cover all of the updates. Just the important ones:

As well as vertical videos, DaVinci Resolve 18.1 now lets you easily edit square videos for social media, too, making it much faster to set up your timeline to produce videos. For those working in a team, the collaboration tools have been made easier due to locking timelines – which prevents two users from editing the same timelines simultaneously. If you’re a team producing content for social media, this lets you all edit different videos in the same project simultaneously without getting in each other’s way but still keeping everything synced together. 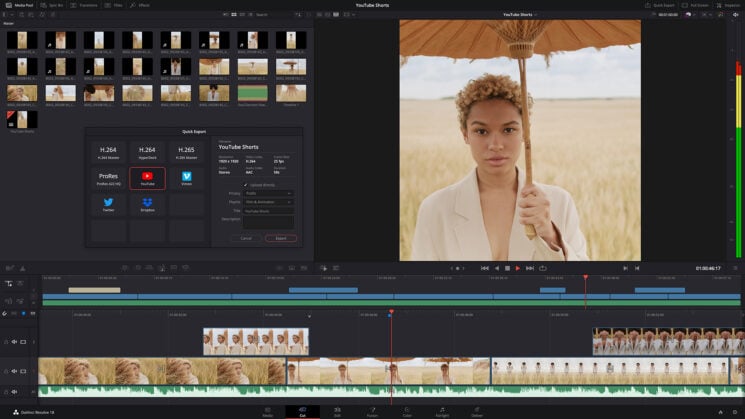 Fusion users also get some nice improvements with the Magic Mask now available through the Fusion page. This uses the DaVinci Neural Engine to detect animals, people, vehicles and other objects to track their movement and target very specific parts of your shot as it evolves over the clip. Effects are now easier to find with new keyword and category search features.