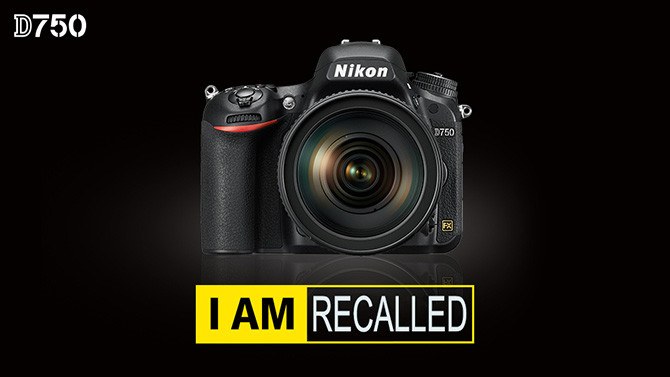 After two recall notices of Nikon D750, the company is now expanding the recall to include the cameras manufactured in 2016.

In July 2015 and with an update in February 2016, Nikon announced that the shutter in some Nikon D750 cameras had malfunctions. This included the cameras manufactured between October 2014 and June 2015. However, now it seems that the shutter malfunction affects the newer cameras as well, and the period covers those produced over a period longer than a year.

In July 2015 and with an additional notice in February 2016, we announced that the shutter in some Nikon D750 digital SLR cameras manufactured between October 2014 and June 2015 does not function normally, sometimes resulting in shading of a portion of images. Since that time, further examination of the issue has found that the same issue may also occur with D750 cameras manufactured from July to September 2014 and from July 2015 to September 2016.

Therefore, any D750 manufactured from July 2014 to September 2016 is eligible for inspection and repair of its shutter. Please follow the instructions in the “Identifying affected products” section below to check if your camera is affected.

We sincerely apologize for any inconvenience this issue may have caused.

Please direct inquiries regarding this issue to your nearest Nikon service center.

It hasn’t been long since Nikon recalled their EN-EL15 battery due to heating and melting issues.  The third update of the recall notice doesn’t sound good at all, and I hope that at least Nikon will be working on fixing these issues in the cameras to come.

« A clever trick to tone down reflections in photos: use deodorant
How to use a scanner to create photography without a camera »