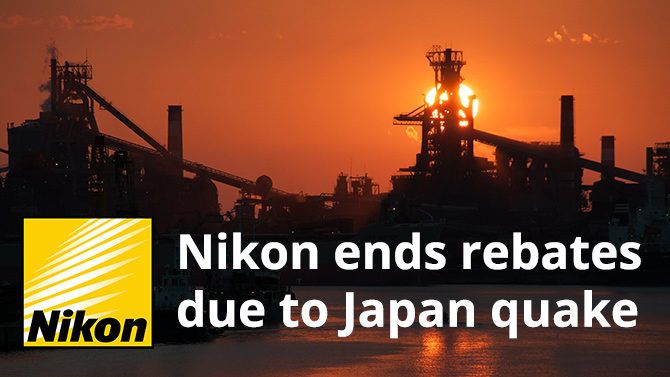 Earlier this month Nikon announced a free battery grip offer for the Nikon D610, D750 and D810 cameras initially set to last until the end of the month.  As a result of the earthquakes in Kumamoto, this has been cut short, with the offer now expiring on May 14th.

A couple of days ago, all Nikon 1 rebates were also cancelled, and some Coolpix rebates are also expected to be removed shortly.  The only rebates expected to stay, for now at least, are the camera & lens combo deals.

The quakes are already believed to be responsible for the further delaying the release of the Nikon Keymission 360 degree action camera until October 2016, as well as several other camera models which we reported a short while ago.

It appears, however, that the damage to Nikon’s facilities, or those of their supplies, is far greater than originally thought, which may lead to limited availability and higher prices on some equipment in the coming months.

Sony and Fuji have also reported issues with their production process as a direct result of the recent earthquakes, and both companies had to completely shut down operations for a short time.

Sony’s “Step Up to Sony” summer sale offers up to $1,000 instant rebate savings

« Studio portraits: What modifier for what light?
Can photographers restore their devastated business? »