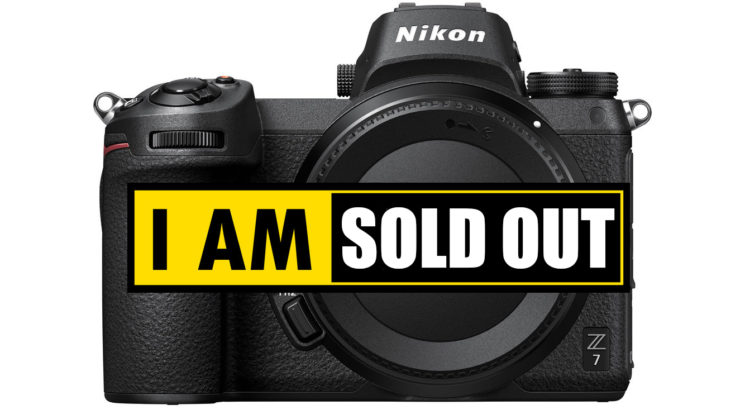 You may love or hate the features of the new Nikon Z7, but it seems that many photographers want to get their hands on it as soon as possible. As a result, the company has received so many preorders, that it recently issued an apology to customers that the camera is selling so fast. Because of so many preorders, many photographers won’t be able to get their camera on 27 September, when it was supposed to start shipping.

The apology is in Japanese, but the automatic translation reads something like this:

“For the following products we are planning to release in September, 2018 we have so many reservations that we cannot deliver on the day of the release date to some customers who have already made a reservation.

In addition, customers who will be booked in the future may have to wait to receive the products after release.”

In addition to the mirrorless system, there’s one more item from Nikon that seems to be really hot at the moment. It’s the new lightweight and compact telephoto lens, the AF-S NIKKOR 500mm f/5.6E PF ED VR. It was also supposed to start shipping mid-September, but if you’ve made the preorder, you might have to wait a while.

“We deeply apologize for causing serious inconveniences to our concerned parties, including customers who are looking forward to products. We will make every effort to deliver it as soon as possible to meet your expectations, so we appreciate your kind understanding.”

You may remember that the same thing happened with Nikon D850. It was reportedly so wanted that it got sold out even before it was released. And again, this happens with the gear we were all so hyped about. Perhaps Nikon is trying to continue building up the excitement about the new mirrorless system. After all, it’s a pretty good advertising trick.

No matter if the Z7 and the lenses are really so popular, there will certainly be delays with the shipping of the Z7, lenses, the adapter, and the 500mm f/5.6 lens. From the apology, it’s not clear when exactly will you receive your precious gear, but I hope that Nikon won’t let you wait for too long!

« Aputure announces fives new LED light modifiers including a collaboration with Chimera
This is how Sony 400mm f/2.8 GM lens performs for portraits »