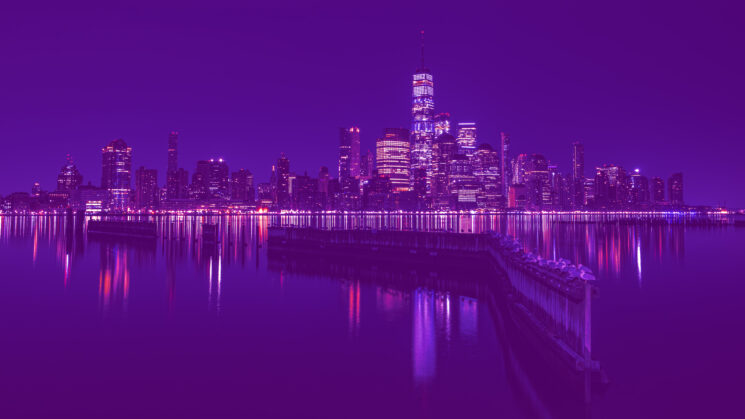 Cities around the world are abandoning old sodium-vapor streetlights for more efficient LEDs, but the switch is leading to an unfortunate phenomenon. Unfortunate at least, for any nighttime photographers.

The issue seems to be that some of these LEDs are failing and turning a mysterious hue of blue or purple. Some areas of New York City or Vancouver, for example, have been reported to be experiencing this unexpected problem.

As Insider puts it, it’s not actually dangerous or even ugly per se; it’s just “plain weird.” But it is more than just weird for photographers who want to shoot at blue hour and have a nice juxtaposition of color with the orange sodium lamps.

Seen any purple street lights around town? While they put off a serious Cats vibe, it's actually a manufacturing defect of some LED bulbs, according to Evergy. The manufacturer is taking full responsibility to replace them. They should be swapped out over the next 4-6 months. pic.twitter.com/2KYlhoj3jg

The majority of the faulty purple lights have been installed in North America and were purchased from Acuity. According to Insider’s reporting, every single city it reached out to with faulty, purple LEDs bought them from Acuity.

So why exactly are the lights turning purple? Well, it’s to do with faulty glass packaging. LED lights work by turning electricity to light via an electronic chip. The resulting light is blue. However, the light appears white due to the outer glass packaging. It’s likely that the glass laminate has been degrading in the heat, causing the blue light to be leaked through

Over the last few years, more and more cities have been swapping old lights for newer, cheaper, and more energy-efficient LED lights. It hasn’t been without controversy, however, as the new lights are extremely bright. This has led wildlife enthusiasts and astronomers, and astrophotographers alike to raise concerns.

So what can you do as a photographer if the cityscape you’re shooting is giving off a certain ‘mood indigo’? Well, the only real answers are to either change the white balance in camera as you shoot, or to adjust the hues and white balance afterwards in post. There’s really not much more we can do, unfortunately.

Have you noticed any strange colored street lights in your city recently?

Is street photography killing itself?

What is that purple line on your Photoshop Brush tool, and how to turn it off