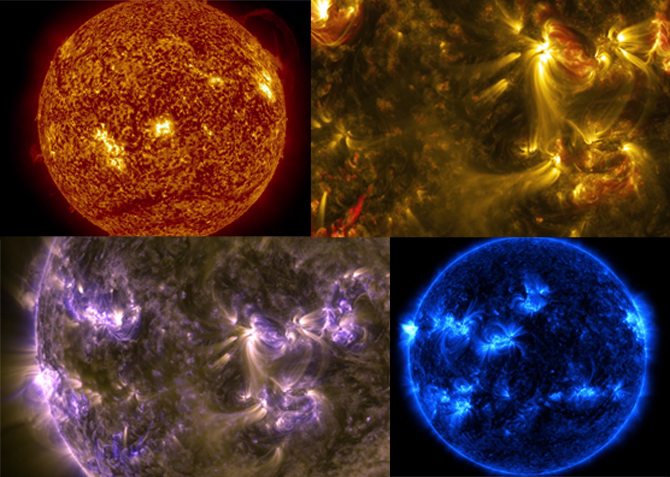 ‘Thermonuclear Art – The Sun In Ultra-HD’ is the latest timelapse video released by NASA’s Goddard Space Flight Center, and it lives up to its name.

Capturing the sun in 10 wavelengths of invisible ultraviolet light every 12 seconds, and assigning a unique color to each wavelength, NASA’s Solar Dynamics Observatory brings us the images required to create this mesmerizing eye candy.

According to NASA each minute of footage required about ten hours of work, so this 30-minute long video took approximately 300 hours to edit.

“It’s always shining, always ablaze with light and energy that drive weather, biology and more. In addition to keeping life alive on Earth, the sun also sends out a constant flow of particles called the solar wind, and it occasionally erupts with giant clouds of solar material, called coronal mass ejections, or explosions of X-rays called solar flares. These events can rattle our space environment out to the very edges of our solar system,” NASA wrote in the video description.

NASA also explains that the different wavelengths (and assigned colors) help “highlight a different temperature of solar material”, so it’s not just about snapping awesome photos.

We’ve seen before a time lapse of the sun created from photos taken by the SDO, but that was compiled by an artist by the name of Michael König, not NASA. More importantly, that video featured photos in only one wavelength and wasn’t nearly as awesome as the various colors in the video above.

« I say Nikon, you say…tripods?
How (And Why) I Shot This Beauty With Beast Feet Portrait »