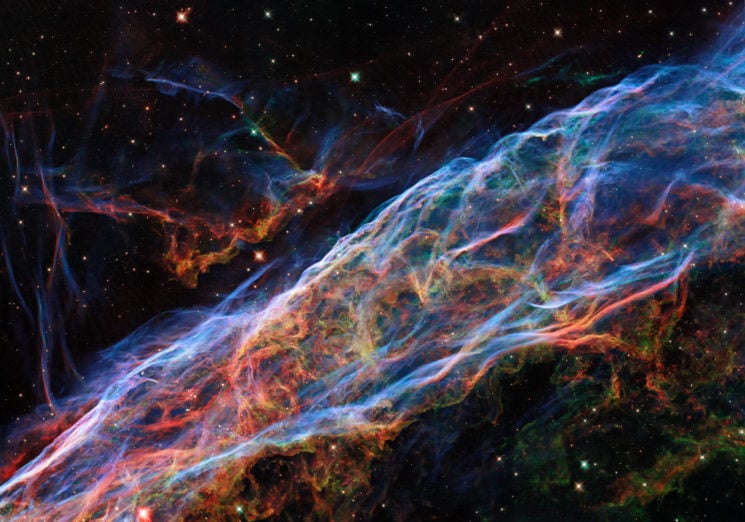 NASA first released Hubble image of Veil Nebula in 2015. And now, six years later, the scientists have revisited it and re-edited it to make it look even more impressive. With a new set of filters applied, the photo now shows a more realistic and more detailed view of the Veil Nebula than before, and it is truly

The Veil Nebula is a popular subject for Hubble images, as NASA explains. But the image processing techniques have advanced since 2015, so the scientists decided to give it a fresh look. The new version of the image brings out out fine details of the nebula’s threads and filaments of ionized gas.

NASA writes that the scientists used five different filters to create this image, taken by Hubble’s Wide Field Camera 3 instrument. The blue parts of the nebula are the emissions of doubly ionized oxygen, and the reds are ionized hydrogen and ionized nitrogen. Take a look at the old and the new version of the image so you can compare them: 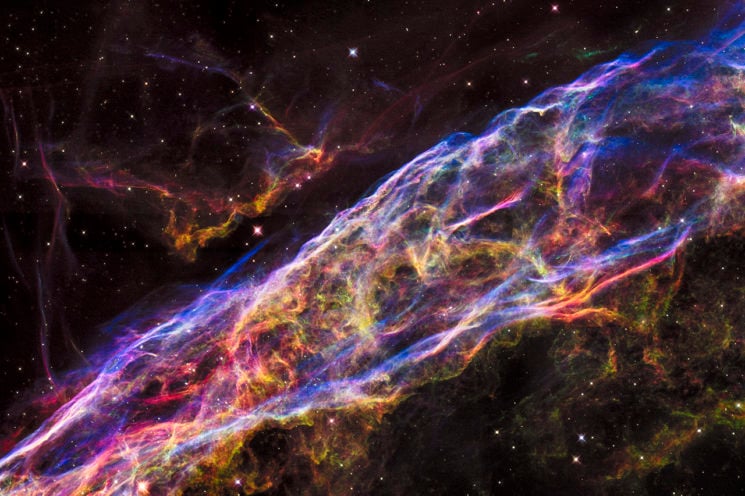 “The Veil Nebula lies around 2100 light-years from Earth in the constellation of Cygnus (The Swan),” NASA writes. While this sure sounds like a lot, the truth is that it’s actually relatively close to us in astronomical terms. And it was only a small portion of this beautiful nebula that was captured in the image.

“The Veil Nebula is the visible portion of the nearby Cygnus Loop, a supernova remnant formed roughly 10 000 years ago by the death of a massive star. The Veil Nebula’s progenitor star — which was 20 times the mass of the Sun — lived fast and died young, ending its life in a cataclysmic release of energy.”

Hubble has taken a whole lot of impressive images over its 31-year career. And this isn’t the first time that NASA has revisited an old image taken by this telescope. Since image processing technology is getting more advanced, it allows are to see even familiar space objects in a new, more detailed light. And it’s always an awe-inspiring experience.

This 550MP image of the Carina Nebula merges 208,000 photos shot through a consumer telescope