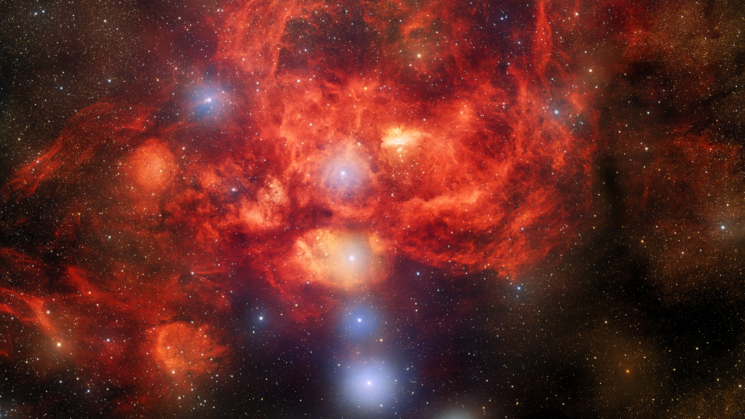 The Dark Energy camera has captured a detailed and beautiful 570-megapixel photograph of the distant Lobster nebula. The Dark Energy Camera (DECam) is mounted on the 13-foot (4 meters) Víctor M. Blanco Telescope at Cerro Tololo Inter-American Observatory in Chile. It forms part of the Dark Energy Survey project that searches for evidence of dark energy, the invisible force that astronomers think accelerates the expansion of the universe.

As a happy by-product, the camera also captures some incredible images of the universe while it searches for dark matter. Last week the camera released images of the Lobster Nebula. It’s part of a star-forming region roughly 8,000 light-years away from Earth in the constellation Scorpius.

The image shows a region 400 light-years across in which bright young stars are scattered across the clouds of dust and gas. At the centre of the image is what astronomers call an open star cluster, a loose group of very young and massive stars. Interstellar winds, galactic radiation and powerful magnetic fields batter the nebula, squeezing the gas and dust inside into twisting streams and braids.

To create the image astronomers used special filters that isolate specific wavelengths of light. The final image is a combination of multiple exposures taken with different filters that have been stacked on top of each other to create a photograph that captures the Lobster Nebula as it would look in the sky when observed by the naked eye if it were much brighter.

The Dark Energy Camera is one of the highest-performance wide-field charged-coupled device cameras in the world. It is capable of capturing very faint sources of light.

The image was unveiled at the DECam at 10 years: Looking Back, Looking Forward conference which celebrated 10 years of the Dark Energy camera.

Here is the uncropped image in all its glory: 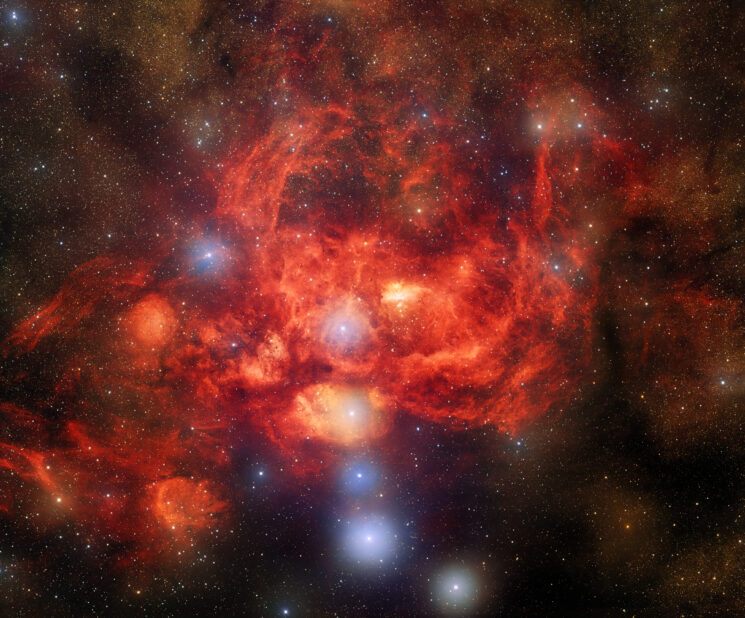 Can you develop 35mm film with energy drinks?