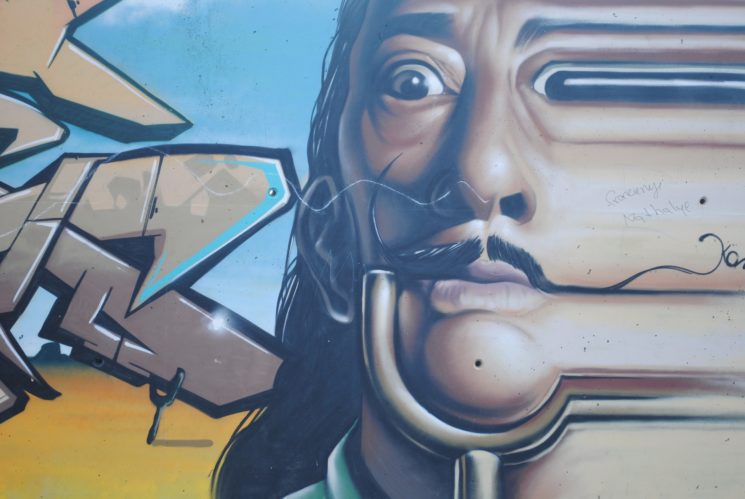 We have seen people destroying works of art, nature, and their own lives while taking selfies. A few days ago, a visitor of an exhibition in Russia managed to ruin two works of iconic artists: Salvador Dalí and Francisco Goya. While the Goya painting only had the glass and the frame damaged, in Dalí’s case, the painting itself suffered the damage as well.

The incident happened on 27 October at the International Arts Center in Yekaterinburg, Russia. According to the Russian news agency TASS, there were four girls who “were not very adequately behaved.” As a consequence, one of them managed to flip the structure that contained the two paintings. In the video below, you can see the surveillance camera footage of the incident.

Salvador Dali’s artwork damaged at an exhibition in #Yekaterinburg#SalvadorDali pic.twitter.com/gAgJyGfBC2

According to Irina Volk of the Russian Interior Ministry, the women explained what had happened. Reportedly, “the stand was touched by accident as they tried to take a photo with the paintings in the background.” When the construction flipped, the frame and glass of both paintings got broken. Fortunately, these were the only damages on Goya painting. However, the broken glass of the Dalí painting damaged the canvas itself.

Goya painting is from the “Los Caprichos” (1799) series, and a work by Dalí is one inspired by the Goya series. I couldn’t find the information how much each of the paintings is worth, but I can only imagine. Department of the Interior in Yekaterinburg told TASS that the damage is still being established.

Reportedly, the incident didn’t affect the work of the gallery or the flow of people. The only difference is that supervisors now warn visitors about the rules of conduct.

Unfortunately, this isn’t the first incident of this kind. Back in 2016, a guy smashed a 126-year-old statue while taking a selfie. In March 2017, a selfie-taker damaged a high-priced sculpture by Yayoi Kusama. Later that year, a woman caused domino-effect while taking a selfie, destroying $200,000 worth of art pieces. No wonder museums are taking action against selfies.

But no matter how much selfie-takers are to blame for the damage they make, this time I also blame it on the museum. Judging from the surveillance cam footage, they placed the paintings on an unstable, lightweight construction. They left it unsupervised and unprotected. With all those people taking selfies, it was a disaster waiting to happen.

In the end, I’m begging you: when you’re at the museum, enjoy the works of art with your eyes and soul. And if you really wanna take selfies – well, there’s a museum for that, too.