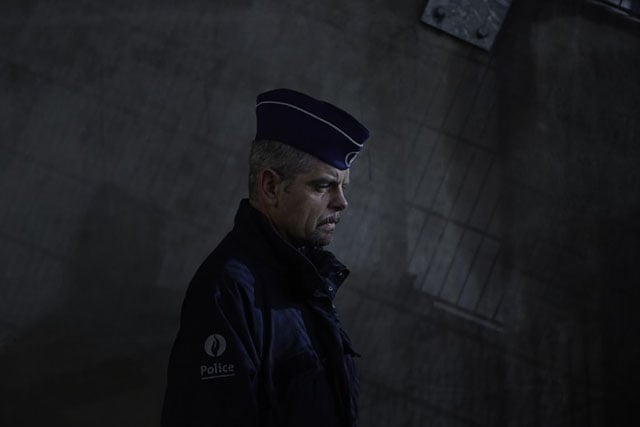 “A police officer, some minutes before charging against rioting football fans.”

Just two weeks after World Press Photo’s announcement that 22% of entries that had reached the penultimate round were disqualified due to excessive post processing, a Belgian politician claims a winning photoset should be disqualified due to its “serious distortion of reality”.

The mayor of Charleroi, where the winning photos of the “Contemporary Issues Stories” category were taken, justified his request to have the award withdrawn saying that the photos hurt not only the people of Charleroi but also the profession of photojournalism.

World Press Photo is currently verifying the facts behind the photos of Italian winner, Giovanni Troilo.

While I wouldn’t rule out the possibility that the mayor is simply trying to hide a less favorable side of his city, I can understand why he wasn’t pleased to see the Italian’s submission to the prestigious contest.

Troilo’s photoset, called “The Dark Heart of Europe” was accompanied by the following description:

“Charleroi, a town near Brussels, has experienced the collapse of industrial manufacturing, rising unemployment, increasing immigration and outbreak of micro-criminality. The roads, once fresh and neat, appear today desolated and abandoned, industries are closing down, and vegetation grows in the old industrial districts”.

Adding even more background information on this story via his personal website, Troilo continued to describe the city’s grim situation sharing, among other things, this statement:

“A perverse and sick sex, race hate, neurotic obesity and the abuse of psychiatric drugs seem to be the only cures being able to make this endemic uneasiness accettable. The same thing in a broader scale is happening in Europe. Does it make any sense to stay together when the initial mission has almost failed? Will it be possible to have another chance? This is the question for Europe, this is the question for Charleroi, the dark heart of Europe”.

Mayor Paul Magnette delivered his thoughts on the matter in a letter sent to World Press Photo and Michele McNally, chair of this year’s jury and director of photography at the New York Times.

The letter has not been made public, but TIME has seen it and quotes the following:

“The photographer’s constructed photographic subject is regarded by [Charleroi] as a serious distortion of reality that undermines the city and its inhabitants, as well as the profession of photojournalist.”

“Indeed, this work uses essentially staging technique that adds to the drama of the images through an artificial lighting. If this was a private artwork, it would not be a problem. Unfortunately, the photographer does not seem to present his work as such. He claims to be doing investigative journalism; a photo essay reflecting a simple reality. But this is far from being the case: the falsified and misleading captions, the travesty of reality, the construction of striking images staged by the photographer are all profoundly dishonest and fail to respect the codes of journalistic ethics. In our opinion, this work does not comply with the objective of the competition”.

Magnette’s accusation of misleading captions was followed by examples, one of them being of the photo below. 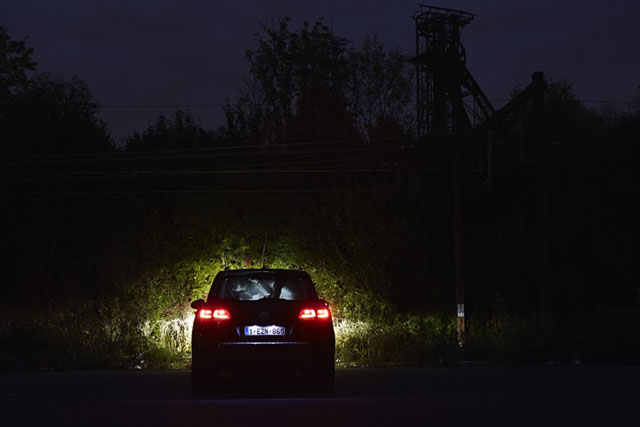 While the caption submitted to the contest was “Locals know of parking lots popular for couples seeking sexual liaisons”, the caption on Troilo’s website seems to tell a different story: “My cousin accepted to be portrayed while fornicating with a girl in his friend’s car. For them it was not strange”.

According to the mayor this, and other examples, proves the photographer had staged his photos and distorted reality.

There’s a chance however that in this specific case both statements are (mostly) correct. Troilo’s family moved to the city in 1956 and he himself lived there for a certain time as well, so it seems entirely possible that the cousin in the photo is part of his family that still lives there. If that’s the case, the photo could be staged while still depicting a true scenario. 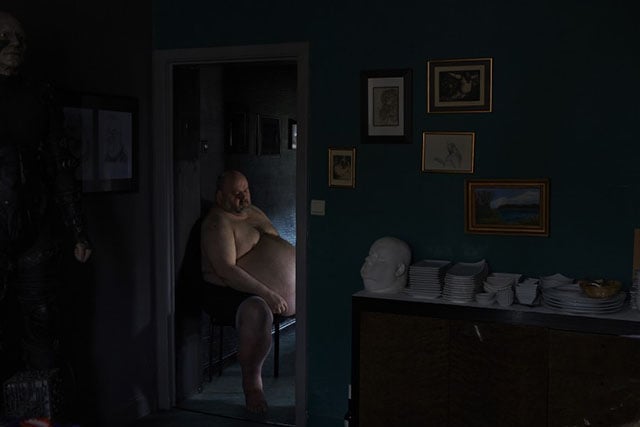 “Philippe lives in one of the most dangerous neighborhoods in the town.”

Troilo refused to comment at first when he was contacted by the media, but he later spoke with Italian media.

Regarding the staged photo of the couple in the car he confirmed that the photo was staged, but stressed that it shouldn’t matter: (please excuse the imperfect translations from Italian)

“I did not pretend to have surprised a couple unaware. My work is a transparent, I have not deceived anyone. The situation that I photographed is true, the place is true, what happens in that place is this”.

Responding to claims that his photos include staged elements and is therefore flawed reportage of Charleroi, he said “mine is not a classic reportage, it is a story, is my story of the things I’ve seen, I know, I know that happen”.

Basically he allowed himself, at times, to recreate scenes that really happened. It is also important to mention that Troilo says he never hid this fact. Stating he had submitted the photos to the Contemporary Issues category, rather than News, he further explains:

“Mine is a point of view, is my vision of Charleroi as a place that represents Europe in its darker sides and hidden, that nobody wants to see … We often go to look for the same things in other continents, where they are credible, if only for the exotic … I wanted to show that there is also a dark side here, but I have not invented”. 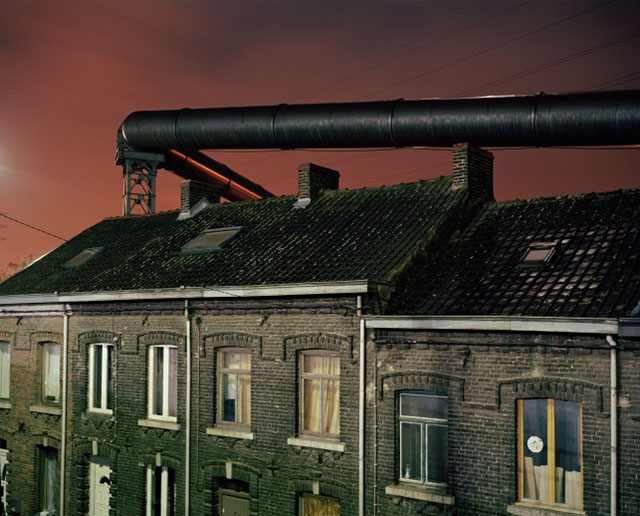 “Gas supply tubes run along the houses built near the steel factories of Charleroi. Before the electric upgrade of the blast furnace, these tubes used to provide the energy needed for this operation.”

Prior to receiving Troilo’s response, WPP had said “We are currently verifying the facts behind the photo story, as we do with all the prizewinning pictures, and we are in touch with the photographer Giovanni Troilo”.

The mayor concluded saying “Charleroi is not, on any account, the black heart of Europe. You will not find one single inhabitant who will recognize his city in these pictures, not to mention the captions that look more like a settling of scores than a reportage”.

It seems to me like a case of a mayor in denial and a photographer walking a thin line.

We will be sure to update with WPP’s response.

What do you think about the photographer re-enacting real scenes? Is it OK or should his prize be withdrawn?