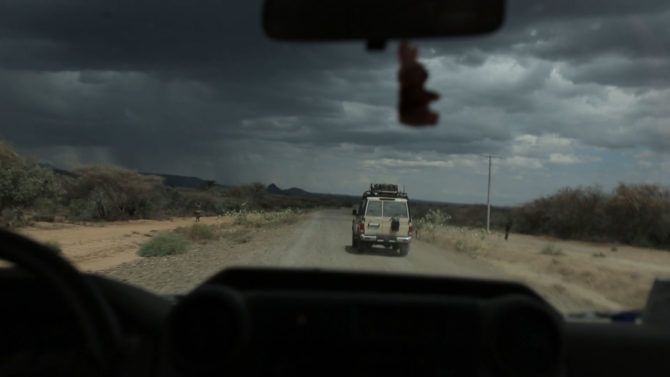 Joey Lawrence has been photographing the tribes of Ethiopia since 2008. Drawn by the aesthetic of the country itself and its residents, it’s a place he’s returned to many times since. In 2013, Joey started a kickstarter to raise funds for a cinematic narrative film. The film was to be shot in Ethiopia’s Omo Valley, and star the members of the tribes he found there.

The film has toured the festival circuit, picking up a number of very respectable awards. Now, the film is online, available to watch for anybody with an Internet connection. Joey has also released several behind the scenes videos to accompany the piece. You will want to sit back with a good amount of time spare to watch through it all, but it’s well worth it.

First, the film itself. JoeyL’s People of the Delta. It’s narrated from two unique perspectives. Uri, a young boy from the Hamar tribe who becomes a man during his right of passage ceremony. Segelgwo is an elder chief of the Daasanach, reflecting on the uncertain future of his community.

This “making of” video runs slightly longer than the film itself. In it, Joey discusses the reasons why I fell in love with the location and the people. He also talks about some of his goals for the project and how it all came together. It delves into the story, the places and the people.

It’s interesting seeing how the crew interacts with the tribespeople, and the rituals that surround certain events. How those rituals can affect the story. Some of those rituals, like your principle subject having his head shaved, can put you under a lot of pressure. You have to know you’ have every shot you need with him having hair. It’s not like you can just throw a wig onto him like you might in Hollywood.

No behind the scenes would be complete without at least some discussion of the equipmeny used. Joey has us covered there, too. Meeting the crew, and watching the story of how this all came together is an epic adventure in and of itself.

There’s so much information in these videos, that there’s something there to satisfy everybody. Whether you want to learn about story telling, what gear to use, how to work in a crew, or logistics. It’s one of the most complete and in-depth sets of behind the scenes videos out there. Certainly that I’ve found.

Joey does have one more video, highlighting the trip back to Ethiopia to catch up with the tribe and shoot footage he’d missed. Drone technology advancement over the last couple of years also allowed him to to get aerial shots that he couldn’t before.

If you want to watch that one, you’ll have to head over to Joey’s blog, and read the rest of the story.

Once you’ve had a watch, let us know what you think in the comments. I don’t know about you, but it sure makes me want to head off and shoot my own adventure in some faraway land.