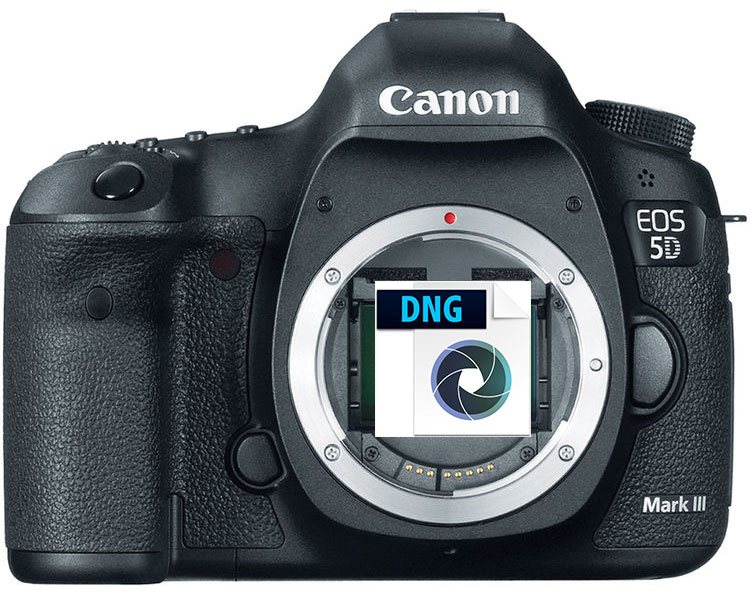 Here is something that can have a huge impact on how Canon shooters will aces their files. Up till now, they were dependant on Canon’s proprietary raw format – CR2. But a recent proof of concept from Magic Lantern shows that Canon bodies can shoot DNG right inside the camera.

As a short recap, each camera maker has their own closed proprietary format in which the provide RAW files. Canon uses CR2, Nikon has NEF, Sony uses ARW and so on. The thing is that each of those formats are proprietary. Adobe DNG, on the other hand is open, light and releases software makers from their dependency on camera makers.

Magic Lantern used “a1ex” (who seems to be very active in ML development) released a proof of concept snippet of code that makes Canon cameras save DNG files rather than CR2 files.

The code which saves DNG files rather than CR2 files was created by inspecting how Canon saves their RAW files and applying a few changes of it. You can read a technical description here. The resulting files were tested with Adobe’s DNG validator and deemed valid. You can download two such files for viewing pleasure here and here.

But there is more, one of the forum users suggests that the lighter DNG format can be used to create “.. full hd raw video with half the GB/speed needed..” now? Maybe if the cameras have strong enough CPU to handle the task, they will be able to output cinemaDNG?

If you are a long time reader of the blog, you know that I suspect that Canon and ML are not enemies, and may be collaborating behind the scenes.