Over 4 years the Pan-STARRS1 (The Panoramic Survey Telescope and Rapid Response System) have been taking photos of the skies from its location on a desolated, dormant volcano in Maui, Hawaii. Those four years (and half a million exposures) of data collection resulted in a huge single image (and database) which is over two million gigabyte big.

In fact the image is so big, that if printed at full res, it would be 2.4 miles wide, and show about three billion stars. How’s that for a selfie?!

STARRS1 is not the biggest telescope in the world, but it has the strongest astronomical camera. The camera built into the telescope is has 1.5 billion pixels compared to 10 million on a “typical camera”. Combine that with half a million exposures, 45 seconds each and you can start grasping the magnitude of the project. Oh, did I mention that each shot was captured 12 times, in 5 different wavelengths? 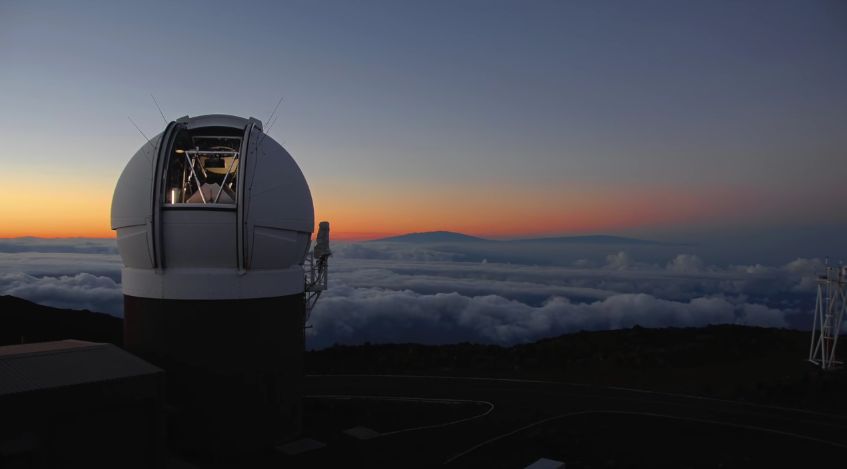 The university of Hawaii released the following information:

The Pan-STARRS1 Surveys allow anyone to access millions of images and use the database and catalogs containing precision measurements of billions of stars and galaxies,” said Ken Chambers, director of the Pan-STARRS Observatories. “Pan-STARRS has made discoveries from Near Earth Objects and Kuiper Belt Objects in the Solar System to lonely planets between the stars; it has mapped the dust in three dimensions in our galaxy and found new streams of stars; and it has found new kinds of exploding stars and distant quasars in the early universe.”

How to save 10s of gigabytes with lightroom temp files