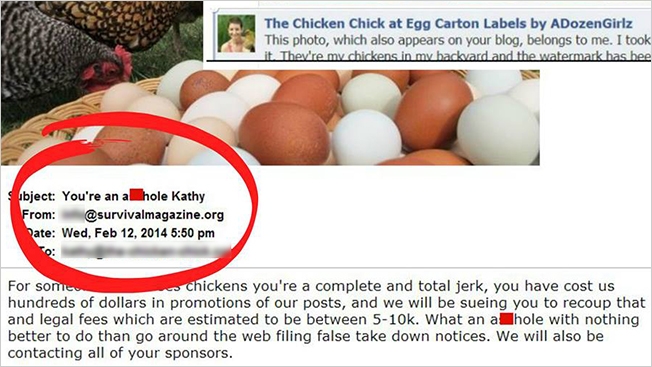 With how fast social media is growing, there’s an equal amount of increase in copyright conflicts as well; photography comes into the picture. In this day and age, it’s insanely easy to remove whatever watermarks you want from a photo, post it on a publication as your own work, and reap the benefits of whoever originally took the photo in the first place. Hey, it’s easy money, isn’t it? Especially if the photographer’s not some well known big-shot with clients working under their name and about 16,000 followers on their Instagram account. Most likely, they’ll barely notice that their photo was even found and posted by someone out there like that.

Fortunately, one good thing about the photography world is that no matter how well known one is, a photographer with a loyal following will always have people looking out for them. Kathy Shea Mormino is one of them, and she just found herself in some serious East-versus-West Coast style beef with a magazine publication over use of her work (Except without the rap battles. But that would have been awesome.) It started off as a simple matter of notifying the publisher and making a cease and desist. Then, for some bizarre reason, the magazine decided to respond in one of the most unprofessional ways you’ll ever see an online publication behave. Thanks to the guys over at Adweek for the information on the story. 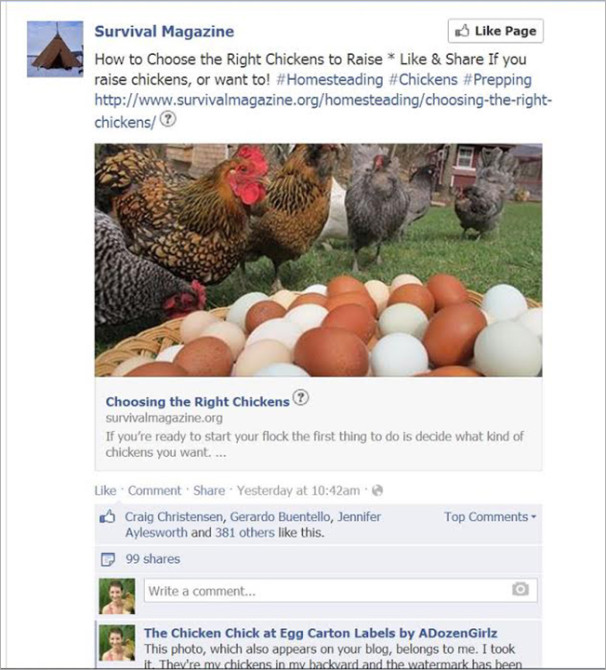 Kathy Shea Mormino, known professionally as The Chicken Chick, took a picture of her chickens in her backyard, along with a few eggs (I promise this is all important.) Eventually, a few days passed by and one of her friends informed her of Survival Magazine, who had been using that picture on their blog and official Facebook page; the first two strikes came when they not only didn’t give credit to Mormino, but they also took off the watermark completely. Mormino then commented on the magazine’s Facebook post itself, claiming ownership of the picture, and sending a simple cease and desist. This is what she got in return, as given to Adweek:

For someone who raises chickens you’re a complete and total jerk, you have cost us hundreds of dollars in promotions of our posts, and we will be sueing you to recoup that and legal fees which are estimated to be between 5-10k. What an a**hole with nothing better to do than go around the web filing false take down notices. We will also be contacting all of your sponsors.

Mormino later posted a status to her Facebook page reporting that the publication deleted her comments, and sent Adweek further details concerning the case, including screenshots of the Facebook drama and the following email she received. You can check out the full coverage of exactly what happened here.

It’s one thing to get caught breaking copyright law on the internet; it’s easy, and we know people are going to do it. But it’s another thing entirely to respond with one of the worst examples of a defense mechanism of all time. Right now, more and more photographers are starting to gain attention for work that gets stolen from them, and the photography community has been incredibly sympathetic with them, helping out in ways that don’t result in any good for those who actually steal the content. In the case outlined here, Survival Magazine is definitely not living up to its name if it plans on staying in business while acting like this.

[Information and Screenshots via David Griner of Adweek]

P.S. Yea, we know it is not from yesterday… While this happened about a month ago we think that cases like this are important learn from and should be shared.