The folks form Mpex have been keeping us on our toes for a pretty long time. The Quad sync LP160 has gone off stock for about 9 months, with a vague promise of a better and improved LP180.

The wait is over, as the quad sync LP180 was just announced 3 minutes ago. 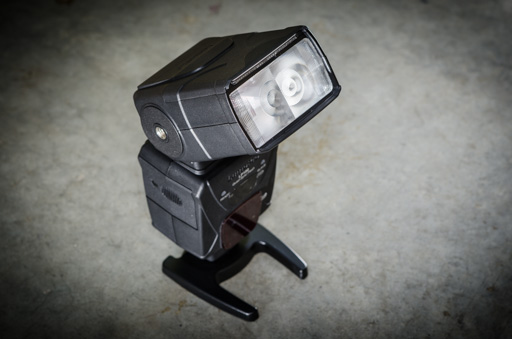 First thing, first – you may wanna run to MPEX and get a unit today, if this is going to be as big as the LP160 predecessor, stock will probably disappear pretty quickly.

A while back Kevin from LumoPro asked me if I wanted to test a beta unit. I have never used the LP160 but heard so many good things about them, that I had to say yes. Security around those units were tight, and I can swear I saw a stealth chopper tail in the corner of my eye every time I took it out of the case.

When the package arrived, they scanned my retina and provided a simple looking brown box.

I played with a beta unit and have gone trigger happy with it. A full review will follow shortly, but to sum it up – the LP180 did manage to outdo the good old LP160 which (spec-wise)  was a pretty decent strobe in its own.

You are going to get change from $200. One penny to be exact, with the price of $199.99. If you are only using your strobe off camera this is an easy win. The similarly powered branded strobes – Nikon’s SB910 and Canon’s 600EX-RT -a bout about x2.5 the price + there are some added accessories that save you the need for buying about $25 worth of goods.

As I mentioned before, a full review will follow shortly, but here are some of my initial thoughts:

Light: The light output of the LP180 is pretty similar to other top dog strobes in the market. So assuming zoom, power, measuring units and ISO are similar, the LP180 give more or less the same light as an SB910. Power goes from 1/128 to 1/1 in 1/3 stop intervals.

Build and Features: definitely one of the mode solid strobes I have seen. It is rugged and it feel rugged. I would not drop test it (I am sure someone will) but I am pretty sure it will take more than the average strobe, and have a nice velvety finish.

The head is a bit biggish for my taste.

The strobe has a few features that I think will make it a coveted with off camera flashists:

Sync: like its predecessor, when it comes to synching, the 180 is a jack of all trades (no pun intended) Lumopro kindly included a short stereo plug so there is no need for adapter if you are using a standard 3.5 to PC-sync trigger, just use the supplied cable instead of the 3.5 to pc-sync that comes with the trigger (of course, you can still use the pc-sync post on the LP180, but those cables are expensive and hard to come by)

Head Rotation: Both the swivel and the tilt functions are not locking (like the SBs or EXs). On the good side it means that it is easier to move the strobe head from side to side / up or down. On the other side a heartedly knock will probably change the swivel angle. I guess this will be a taste thing – some will like it and some will not.

Optical Slave: let me just say this – I am impressed!!! (super sensitive, + 10 degrees of TTL delay)

Hot Shoe: The 180 has one of the nicely engineered hot shoes I have seen. Looks like it was built for abuse. The locking mechanism is a right-left lever with a small button that you have to push to unlock it. It is surrounded with a foamy thing you see on army electronics. very nice!

Controls: This, again, I think will be a matter of personal taste, after making a setting change (zoom, power) you need to press the set button before you can use the strobe, this is a change from the way I was using my Nikon SB units where you simply change the setting and it immediately takes effect. 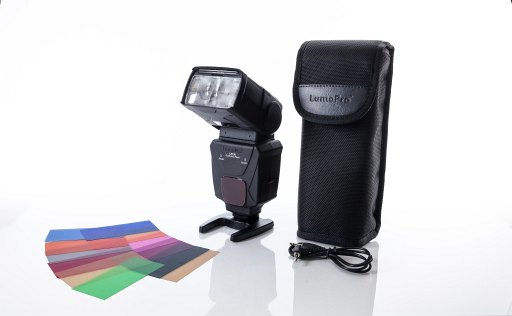 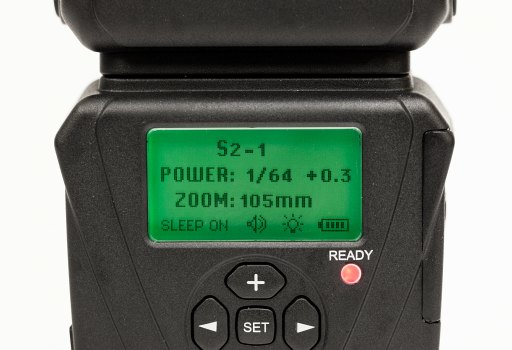 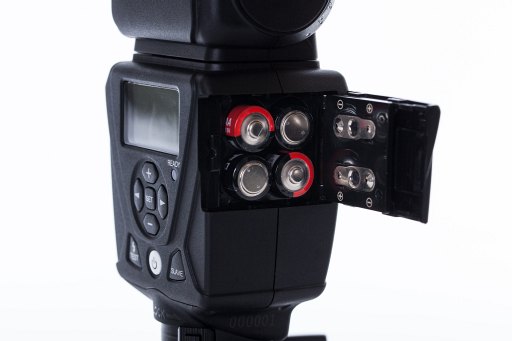 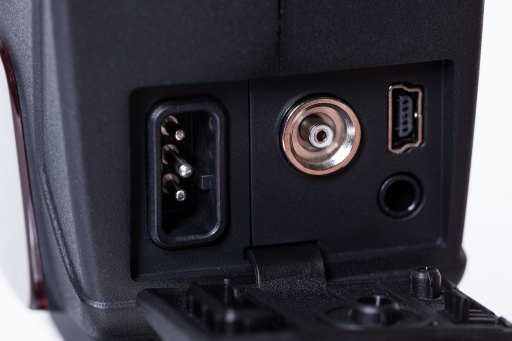 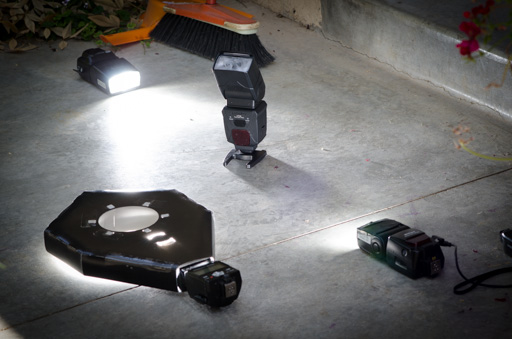 Being a Strobist oriented post, I thought I would include the setup. The setup for the lead photo is borrowed from David Hobby’s Bionic Arm shoot, but has been toned down for less drama. This setup has practically became my setup for shooting black (non shinny) objects. Only difference is that I am using a DIY Ring Flash rather than an Orbis. (broom on the top right is used to keep the entrance floor studio clean)

Photography From The Future: Tiny Camera Sensor May Equipment Anything And Everything With A Camera

« Fighting Projected Shadows Is Nothing Less Than Heart Stopping
Human Silhouettes Created With 25,000 Pinholes Photos Of The Sun »