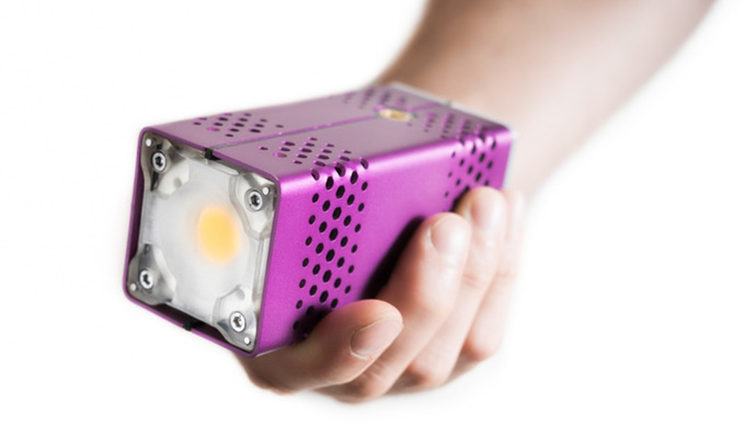 The problem for many photographers making the move to video is that there’s generally a lot more gear, and most of it’s much bigger than the gear they’ve been using for photography. Especially if they work on location, and particularly when it comes to lighting. Well, Lightcore is here to help fix that. At least the lighting part.

Being funded through Kickstarter, Lightcore is a 5800 lumen LED light that’s smaller than a speedlight, and offers flicker-free operation even at 1% power shooting 120 frames per second. It claims the equivalent combined power of 8 60 Watt tungsten incandescent bulbs, and offers a CRI of 97+.

From what I can see on the Kickstarter campaign, it’s an interesting looking light. While the high CRI and flicker-free operation are pretty standard these days – or at least, they’re expected by consumers. A 5800 lumen output in a package this small, though, is very impressive.

The light offers a 120° spread, meaning that if you want to put it in a softbox, it’ll have a decent spread angle. And it’s powerful enough that you could actually put it inside one and still get enough light coming out the front for many tasks. Exactly how big a box and how close it’d need to be to your subject is difficult to say without actually seeing it in person and trying it, though. 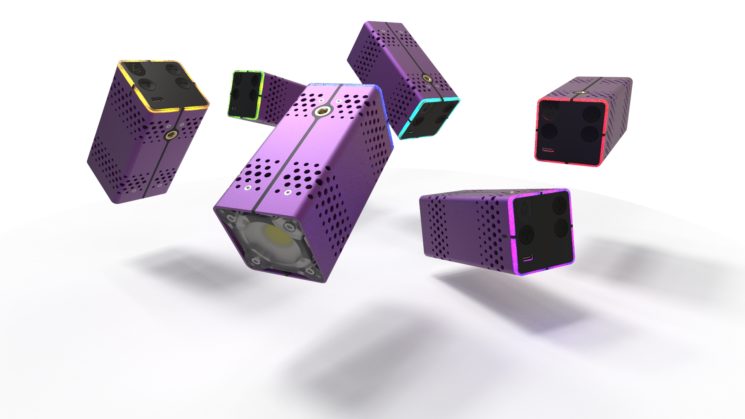 As with many new lights today, the Lightcore also incorporates Bluetooth, meaning you can control it (or several its) from your smartphone. An app is coming for both Android and iOS that utilises Bluetooth Mesh (a sort of peer-to-peer over Bluetooth type thing) so you can talk to as many units as you wish, and not all of them need to be in range of your phone. They just need to be in range of another light on the mesh.

As with many lights these days, both continuous and flash, multiple lights are organised into groups. The Lightcore has a patent pending “Color ID” system that assigns each group a different colour, which you can see on the back of the light, allowing you to instantly see which group of lights you’re currently adjusting.

One thing that might be a dealbreaker for some is that there’s no internal battery. It uses external power via the Type C USB socket on the back. This can be used with anything that can supply 60 Watts over Type-C USB, including laptops, wall adapters and power banks. They do include one with the Lightcore, though.

Another fairly recent lighting development that seems to be taking off is magnetic modifiers, and the Lightcore isn’t an exception here, either. A dome diffuser a Fresnel lens and various coloured filters are all available for the Lightcore – although not included by default, they’re optional extras that you’ll be able to choose at the time your light or lights ship.

It’s an intriguing looking light, although it’s a shame there’s no built-in battery. If you do want to put it in a small softbox, you’ll need to find something to hold the battery up, too, or hope they ship extra-long cables, so the weight of it isn’t tugging on the socket on the back of the light.

You can find out more about the Lightcore over on Kickstarter, where pledges start at around $200 for the super early birds. They’re expected to ship in March 2020.

How to project the bat signal onto clouds with a 100,000 Lumen light and a DIY projector