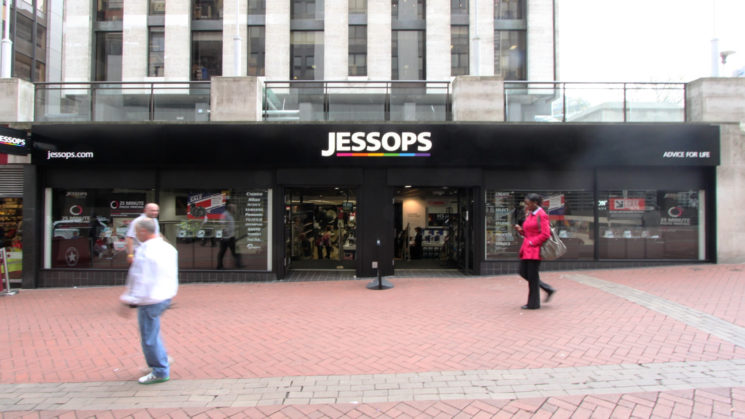 After closing all of its stores and the loss of 2,000 jobs it looked like the Jessops brand might be saved, after it was acquired by Dragons Den star Peter Jones. Since that time, 46 Jessops stores have opened which the BBC reports have not made a single profit, and are mounting losses. Now, though, it looks like Jessops is going bust all over again.

Down from its previous employee count of 2,000 staff and 187 stores, Jessops now employs around  500 across 46 stores, but with losses and debts piling up, the BBC says that Mr Jones is looking to seek a “rescue deal”. It’s what’s known as a company voluntary arrangement (CVA) with its landlords and lenders. This allows a company to continue trading while paying off creditors over a fixed period of time.

The BBC also says that sources close to Jessops say that Mr Jones still sees a future in the business, but would not say how many of the current Jessops stores might be at risk of closure (or how many jobs would be lost as a result).

At the time Mr Jones bought the brand, he said that he wanted the in-store price to be the same as online. He believed it would be successful due to a lower overhead base and lower costs, forecasting an £80million turnover in the first year. However, the firm reported a turnover of a relatively paltry £7.5million, less than 10% of his estimate.

Jessops was originally founded in Leicester, England in 1935. Jessops Europe Limited headquarters are now based in Marlow in Buckinghamshire, England.

« DJI Mavic 3 may be announced in January, Mavic Mini at the end of this month
Lightcore is a 5800 lumen LED light for video that’s smaller than a speedlight »