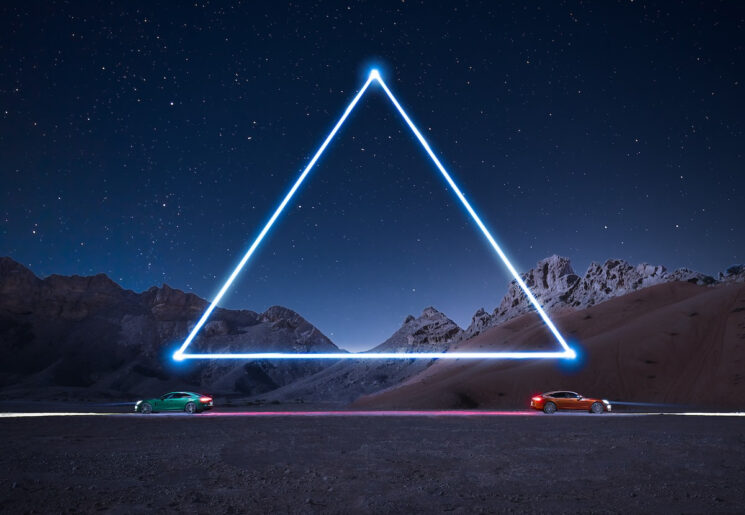 Painting the skies with drones has become a popular activity lately, and we’ve seen some very impressive stuff produced. But this marketing campaign for Porsche, shot by visual artist and commercial fine art photographer Baber Afzal makes for some of the cleanest and most effective drone light painting images I’ve seen so far.

Created in collaboration with Porsche Middle East & Africa, the images were created for the campaign “Reflections of Passion”. The images also snapped up two silver awards in the advertising & conceptual category in the well-respected One Eyeland Awards 2021.

The car which was the subject of these images is the newest iteration of the luxurious Porsche Panamera, The images were shot using the Canon EOS 5D Mark IV, and Canon 16-35mm f/4L IS USM lens locked off on a tripod to capture long exposures of the night sky. The ground scene was illuminated by light painting with the DJI Inspire 2 flown by Bachir Photo Phactory. 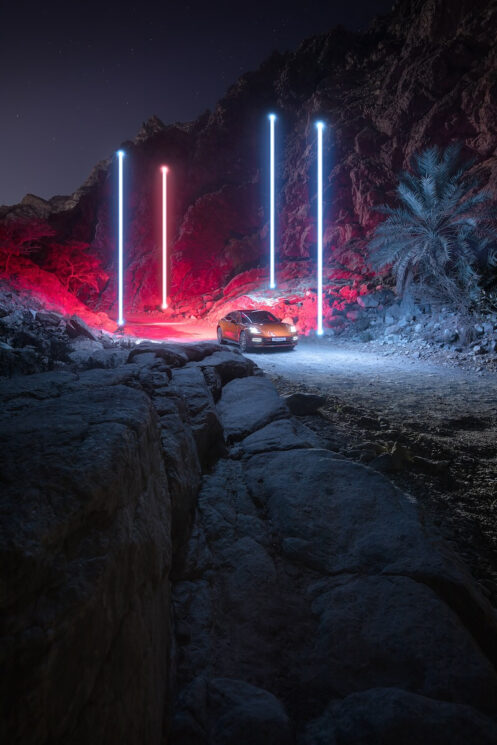 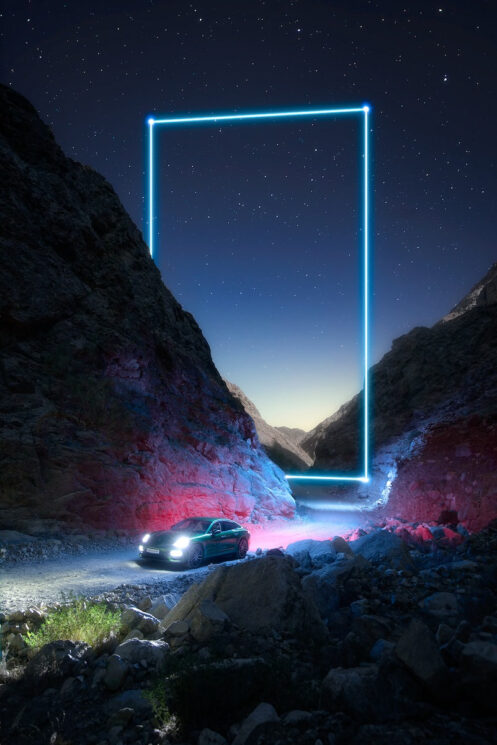 Baber likes to be as experimental as possible with his work. Sometimes that means trying out completely new techniques, and sometimes it means taking existing methods and pushing them to new extremes. But his ultimate goal is to produce imagery that inspires other people. And when you’re working with a client that gives you the complete creative freedom to do whatever you want, as was the case here, you have the opportunity to really push yourself.

While the light painted shapes drawn here weren’t as complicated as a giant footballer in the sky, they are very effective and pretty surreal. An element of order in natural chaos. And although the shapes themselves are quite simple, coordinating these types of images is anything but – especially when you need to not only time the speed and movement of the drone just right, but also know when to turn the light on and off between movements and hold the drone at certain spots to create more intense glows. 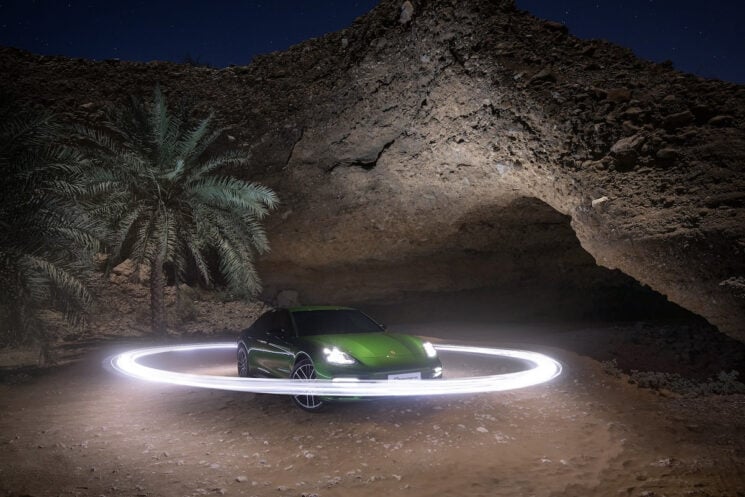 All in all, it’s a fantastic set of images. Of course, I’d expect nothing less from Baber Afzal. His work is always pretty stunning. If you want to find out more about Baber, head on over to his website. You can also follow his work on Instagram and Facebook.

How To Shoot a Porsche With Minimal Gear