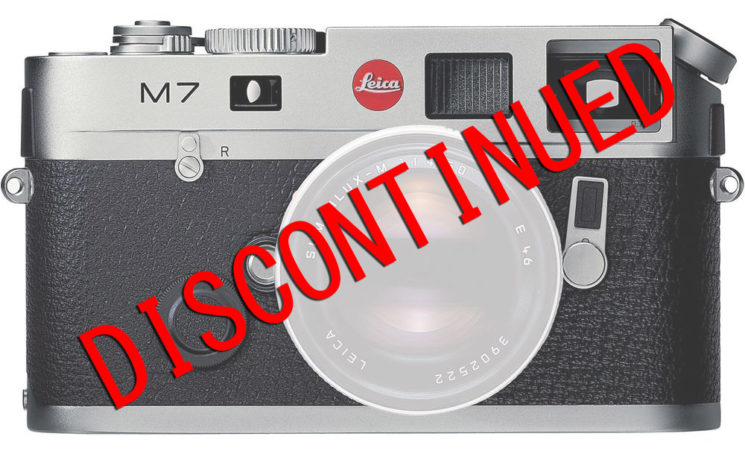 After 15 years on the market, Leica M7 has now been officially discontinued. As reported on Red Dot Forum, Leica will not be producing the M7 any longer, and you’ll be able to get it only from the remaining stock at various dealers.

Leica M7 was introduced in 2002 as a follow-up to the M6. It had a more modern aperture priority mode and electronically controlled shutter. It was also the first M camera with a built-in DX code reader for ISO detection.

As a post on Red Dot Forum reads, Leica will no longer produce the M7 in black and silver, and this is effective immediately. You can still find this camera in stock at various retailers (B&H, Amazon), but once they are sold out, this is it. The same goes for the a la Carte program: if you want a custom camera, M7 configurations will not be accepted.

While the “passing of a legend” may be sad for all film lovers and Leica devotees, you can still get the Leica MP and Leica M-A. These rangefinder film cameras will continue to be produced and they’re still in the catalog.

Sony A7 has officially been marked as discontinued