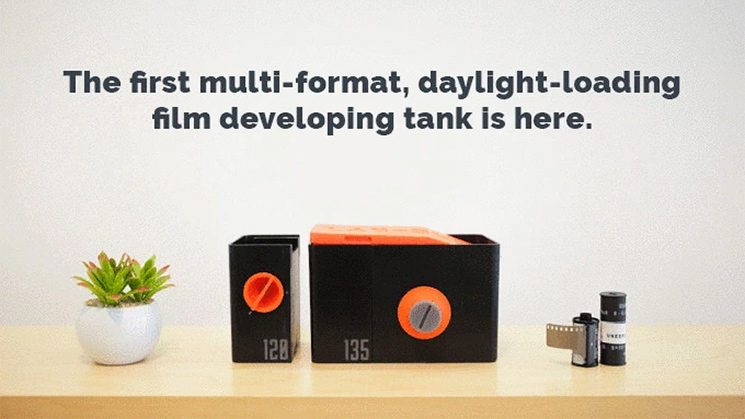 When I first stumbled across this, I thought it was a pretty neat idea. Of course, it’s not an entirely new idea. Agfa used to make a similar device. The Rondinax. Of course, you needed completely separate units for 35mm and 120 format film. The LAB-BOX works on a similar principle, but is a little more modular, allowing you to develop both with the same unit.

With the Kickstarter campaign launched only a couple of days ago, it’s already smashed its €70,000 goal. It’s now at almost €331K, and still has 32 days left to go. Ars-imago, the company behind the LAB-BOX want to let us develop film any time anywhere. Even in complete daylight.

And here’s how it all actually works. It’s a pretty straightforward process.

I do think it’s pretty neat that it has interchangeable modules to swap between 35mm and 120 format. It will certainly save on space. It’s small enough that if you really wanted to, you could just throw it in a backpack and take it out with you. Develop as soon as you’ve finished off shooting the roll. But, can you really see scenes like this happening in the real world? 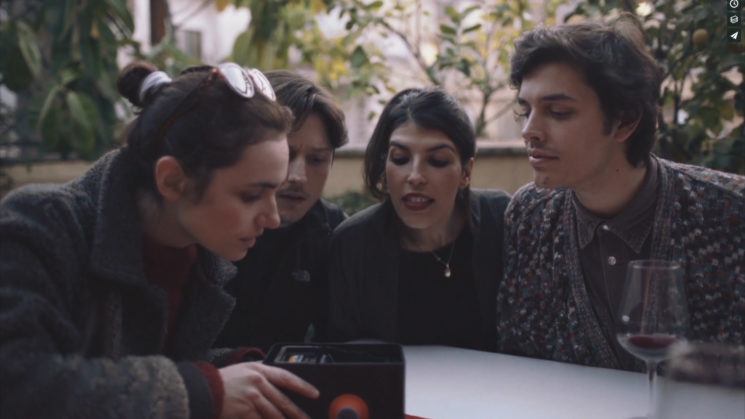 There’s no doubt that film’s popularity is definitely on the increase. And with labs getting more and more expensive around the world, developing your own is a fantastic option. It’s a great experience, and long term it’s much cheaper than using labs each time you finish a roll. The LAB-BOX makes it pretty easy for just about anybody to develop their own, too.

In theory, it’s a very cool idea. It was a cool idea when Agfa did it years ago, too. And, if you just need to develop one roll occasionally, then it’s going to be quite handy. But how many people today still just use standard developing tanks instead of those Agfa Rondinax machines?

I’m just not sure it’s all that practical. Once you’ve loaded a regular developing tank in a changing bag a couple of times, it becomes a breeze. And this is where I’m put off by the LAB-BOX. It’s one roll at a time. With the cost of chemicals, and the relatively short shelf life, one roll at a time wouldn’t cut it.

If you develop as you shoot, then chances are, your chemicals would expire before they were all used up. Ok, so you stockpile your rolls, and develop all at once. But the tediousness of developing one roll at a time would get real old real quick.

Still, if it appeals to you, then you can head on over to Kickstarter and order your own. The cheap super early bird deals are all gone, so prices now start at €89 for the LAB-BOX with one module and €109 for the LAB-BOX with both 35mm and 120 format modules. They expect shipping to start in September 2017.