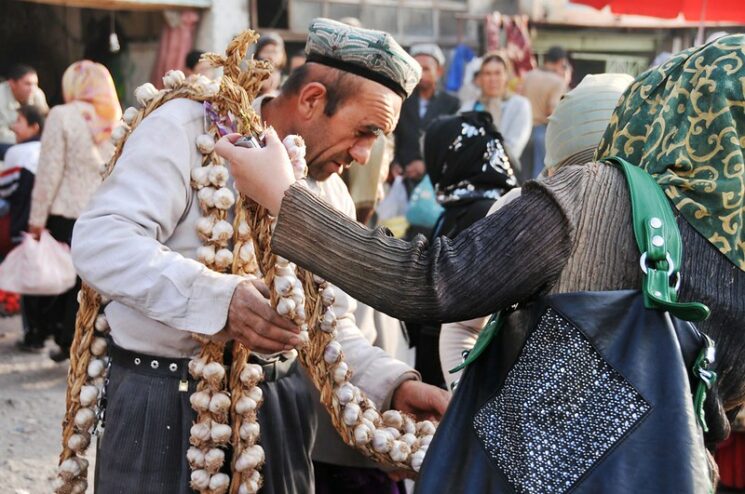 An Instagram post from Kodak recently infuriated Chinese people. In fact, it caused so much backlash that Kodak deleted the post and issued a public apology. The company shared a photo by French documentary photographer Patrick Wack, showing the Xinjiang Uyghur Autonomous Region. They linked the photographer’s account which mentions the mass detentions of the Uyghur people in the area, which caused a fierce backlash.

Patrick Wack took photos in the areas of Central Asia known as East Turkistan or Xinjiang Uyghur Autonomous Region. It’s located in the Northwest of China and is under the current Chinese administration. What caused the backlash was Wack’s description of his upcoming monograph DUST.

“In recent years, the region has been at the centre of an international outcry following the mass-incarceration of its Uyghur population and other Muslim minorities,” Wack writes. “This body of work captures a visual narrative of the region and is a testimony to its abrupt descent into an Orwellian dystopia.”

Kodak shared one of Wack’s photos of East Turkistan, which is how the whole scandal began. Global Times writes that the post was accompanied by the same description as the one on Wack’s Instagram. Reportedly, it contained the phrases “mass arbitrary detention system being set up in the region,” and that the project is “a testimony to its [Xinjiang’s] abrupt descent into an Orwellian dystopia.”

However, as PetaPixel points out, this is very unlikely. When sharing photographers’ work, Kodak writes their Instagram username, what Kodak product they used to make the photo, and a hashtag #MadeWithKodak. This is consistent throughout its account. So, it’s more likely that Chinese netizens clicked on Wack’s username in the description and saw his caption that mentions “mass arbitrary detention system” and the “Orwellian dystopia.”

All in all, the photo in question has been deleted from Kodak’s Instagram. A statement replaced it, reading:

“Content from the photographer Patrick Wack was recently posted on this Instagram page. The content of the post was provided by the photographer and was not authored by Kodak. Kodak’s Instagram page is intended to enable creativity by providing a platform for promoting the medium of film. It is not intended to be a platform for political commentary. The views expressed by Mr. Wack do not represent those of Kodak and are not endorsed by Kodak. We apologize for any misunderstanding or offense the post may have caused.”