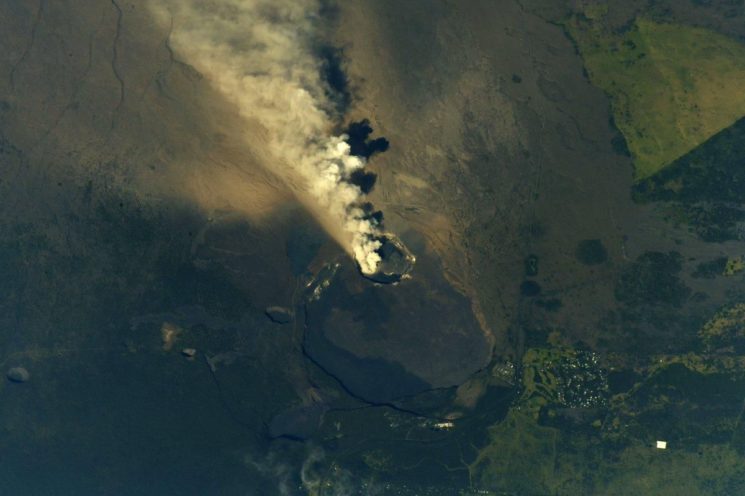 It’s been two weeks now since Hawaii’s Mt. Kilauea erupted and it still shows no signs of slowing down. Since its initial eruption, we’ve seen a lot of videos and photos of its destruction. However, this photo taken by astronaut Drew Feustel from ISS is arguably among the most breathtaking.

It is easy to see the activity on Hawaii’s #Kilauea Volcano from @Space_Station. We hope those in the vicinity of the eruption can stay out of harm’s way. pic.twitter.com/osTn3fH073

Apart from Feustel’s image, NASA also has another photo from the Advanced Spaceborne Thermal Emission and Reflection Radiometer (ASTER) on NASA’s Terra satellite showing new fissures on the island. Taken on May 6th, the image highlights in yellow the hotspots where newly formed fissures and lava flows have appeared. 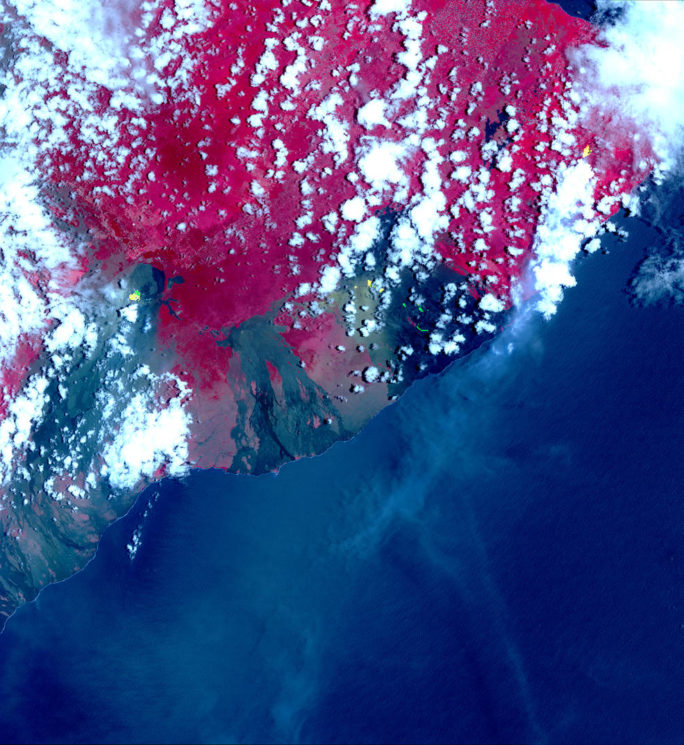 Although Kilauea looks awe-inspiring from afar, the danger that it poses to humans is very real. Not long ago, the United States Geological Survey posted a notice saying that the eruption is still evolving and additional outbreaks of lava are possible. Kilauea is among the most active volcanoes on earth and has frequently been erupting since 1983. However, its recent volcanic activity is among the most significant (and most dangerous) in recent history. Right now, 19 fissures have opened up all over the island, and more are predicted to appear in the coming days.

As Mt. Kilauea continues to be a threat, you can expect more dramatic images in the coming days or even weeks. We’re not really sure just how much destruction it will cause in Hawaii in the end, but we just hope that everyone there will be safe. Of course, that includes all the brave photographers courageous enough to bring us new images from the island.

Kilauea isn’t the first volcano NASA has ever photographed. The American space agency has a long history of photographing volcanoes both on Earth and on other planets. Just this month, astronaut Ricky Arnold posted a photo he took of Sicily’s Mt. Etna also from the ISS. Other famous pictures of volcanoes taken from space include Russia’s Sarychev Volcano eruption in 2009, and Mars’ Olympus Mons–the largest volcano in the solar system. 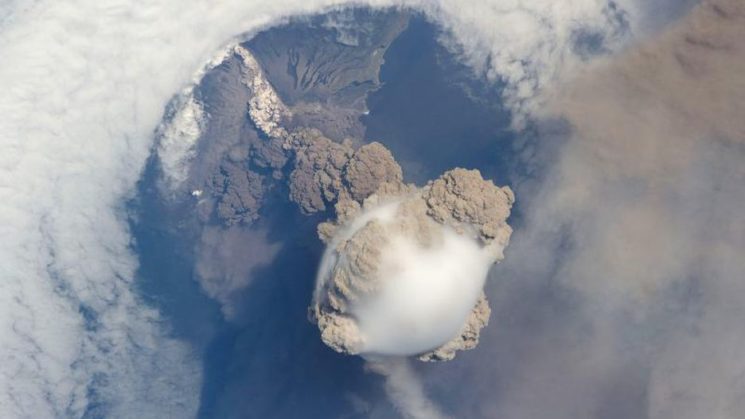 You can check out more amazing photos of Earth from space on NASA’s website.

« Nikon reports 8x increase in annual profit thanks to restructuring and D850 sales
PONF is a film/digital hybrid camera, and it will feature a 100MP Sony sensor »