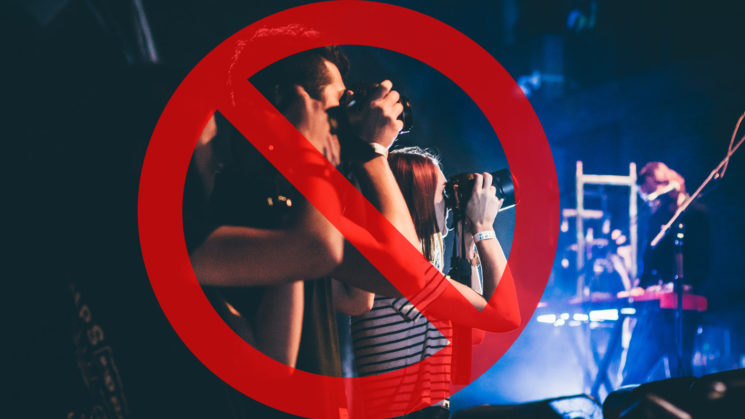 The initial reports stated that Lamar will ban everyone from taking photos on his upcoming tour, both professionals and fans. However, his rep has recently told Pitchfork that smartphones will, in fact, be allowed. The audience is free to watch the show through their screens and post the photos to social networks. As for the professionals, it’s reported that Top Dawg Entertainment will provide photos to media outlets as needed. So I suppose there will only be Lamar’s crew of photographers allowed at his concerts.

We’ve seen plenty of cases when performers have been annoyed by people using phones during their concerts. Josh Klinghoffer of RHCP stopped playing and started filming the audience in the middle of a show. Jack White has taken the phone ban to another level and has had the audience keep them in locked Yondr pouches. At Nick Cave’s concert I attended in October, he also made a couple of remarks about people who were constantly trying to take photos and videos instead of enjoying the show.

With so many artists annoyed by smartphones, I find it strange that Lamar took a totally different approach to taking photos at his concerts. What do you think?