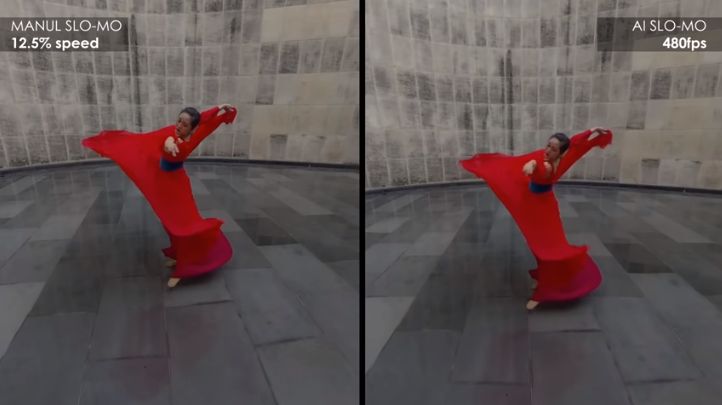 Kandao has just released software that lets you take a video at 30fps, and slow it down to 300fps while still having smooth results. If you’re using the company’s QooCam or Vuze XR, now you can turn your regular 360˚ footage into super-slow-mo.

If you’ve ever tried to slow down a 30fps video, you know that the footage looks choppy and unusable. Kandao’s software uses machine learning to fill in the missing frames and make the footage look smooth even when it’s slowed down. It’s not an entirely new idea, as we’ve seen the same technology before. However, Kandao aims to produce smoother and more accurate results with its software that the solutions we’ve seen so far. Judging from the sample video, there’s still some work to be done, but the results are pretty good nevertheless.

The software is currently available only for Kandao cameras, and only on Windows. But, the comoany says that the Mac version is in the making, as well as support for cameras from other manufacturers. On Kandao’s website, you can download the software for Qoocam and Obsidian models.

« The Zhiyun Crane 3 LAB is the best gimbal I’ve laid my hands on
Instagram could soon hide Like counts, leaked design prototype shows »