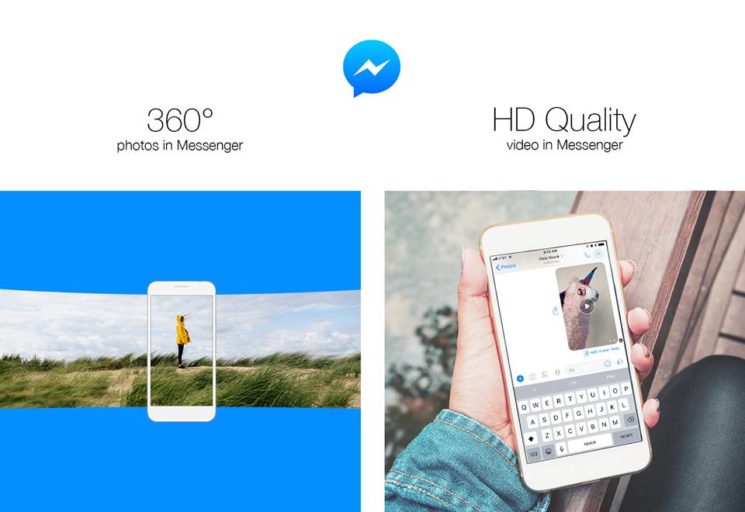 After Facebook enabled sending 4K images through Messenger, the company has improved the app once again. From now on, you will be able to share your 360-degree photos and HD videos with the selected friends through Messenger app.

Today, we've introduced the ability to send 360 degree photos and HD quality videos in Messenger to make your visual…

Sending the 360-degree photos and HD videos will be the same as sending any other media. You can use your phone’s Camera app or any other third party app. To send videos, though, you can also do it straight from your News Feed.

Your recipients will be able to see the 360-degree photos by dragging the image around on the screen or by moving their phones. Also, both panoramic images and 720p videos will have an icon indicating that it’s not ordinary media. In case they can’t play the HD video for whichever reason, it will be possible to lower its quality in full-screen mode.

If you want to start sending your panoramic photos and HD videos to the chosen ones, remember to update the Messenger app. It’s worth noting that 360-degree images can be sent and received anywhere in the world, via both Android and iOS devices. However, as Engadget writes, HD videos can only be sent and received in certain countries: Australia, Belgium, Canada, Denmark, Finland, France, Hong Kong, Japan, Netherlands, Norway, Romania, Singapore, South Korea, Sweden, Switzerland, Taiwan, the UK and the US.

« Latest Lightroom updates include new camera profiles, larger tone curve and Sony A7 III support
This tour around the Sigma Japan factory explains why all their machinery is blue »