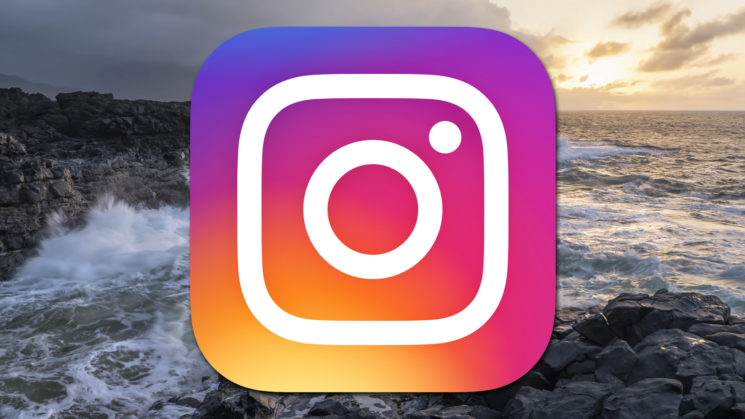 Mark says that he’s been studying this topic on Instagram for the last few years, and finds that there are two main schools of thought.

The only thing the two groups of people do agree on is that Instagram has changed the face of landscape photography in one way or the other.

The arguments for the first camp are those we often hear about Instagram, as well as other forms of social media. We have near unlimited reach. As of September 2017, Instagram had 800 million monthly active users, and over half of those used it daily. That’s a massive potential audience out there for you to target. Obviously not all of them are interested in looking at landscapes, or any other given genre of photography, but there are enough.

Before Instagram, such potential reach just didn’t exist. Landscape photographers would need to rely on art exhibitions, galleries, competitions, and finding ways to drive traffic to their own website to get the word out about their work.

So, Instagram appeared and solved a massive problem – getting your work out there and in front of people. You can distribute a lot of work to a lot of people, and you can do it very quickly.

Instagram also became a wonderful source of inspiration. It lets you see the work of a lot of other people to get some ideas that might help inform your own photography.

This means that there are so many other images competing against yours for the limited time and attention spans of the Instagram-viewing public. The chances of your image actually being seen now against so much competition are astronomically small compared to Instagram’s early days. And if you didn’t build up a massive audience back then, the ability to do so now is somewhat limited.

Essentially, Instagram is now suffering from the very problem it solved when it was first created. This may be an inevitable fact of all social media platforms. That they’ll all just grow to a point where there’s just too much noise for a given individual to be noticed – unless you already grew big in its early days.

And then there’s the ever-evolving algorithm that nobody truly understands.

Mark also argues that Instagram feeds are now also kind of all starting to look the same. Somebody posts an image, and then there are immediately a bunch of copycats showing off images with a similar look and feel, using similar shooting techniques. A lot of the places people go to photograph are also getting a bit cliché.

I mean how many more photos of Skógafoss do we really need to see? A number of years ago, I thought Iceland might be a cool place to visit and explore. But we’ve been so inundated by Iceland photos over the last few years, and so many of them look the same, that it’s actually put me off wanting to go now.

Is it still possible to make a huge impact on Instagram? Is it even worth sticking with Instagram now if you’re not seeing the growth and engagement you’d hoped for? Should we consider other, less saturated platforms to build up an audience?

Mark covers several more points both for and against Instagram, especially as it relates to landscape photography. But I’ve seen similar patterns with portraits, pet photography, wildlife and other genres, too.

Overall, it’s an interesting discussion that certainly makes you think.

Icelanders: we’ve had enough of Instagrammers destroying our nature

Mario Balotelli rages out, destroying a photographer’s camera after being benched mid-game