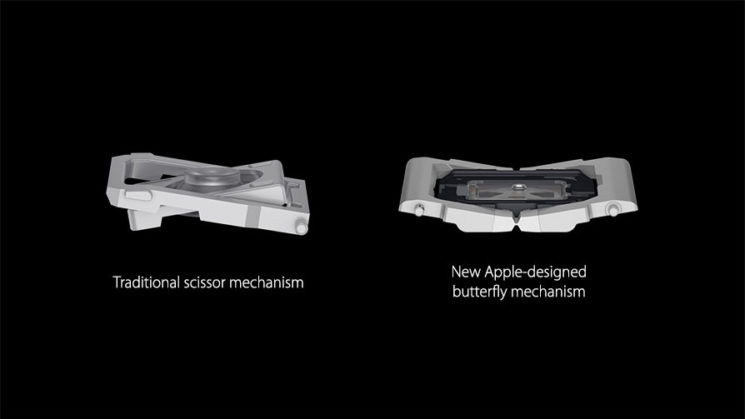 This isn’t so much a photography post, but it is related. As many photographers use Apple MacBook computers, we thought it was worth talking about. Hopefully, it will help some of the MacBook users who might be reading this and are affected by this issue.

It was only a couple of weeks ago that Apple was hit with an 8 count class action suit over an allegedly flawed “butterfly” keyboard design used in MacBook models since 2015. It claims that the company knew about defects with these keyboards before the product’s launch. Now, Apple faces a second class action suit over the keyboards, claiming that they are in breach of five more laws.

It began early this month with a petition on Change.org calling for Apple to recall the MacBook models with defective keyboards. The petition received such an overwhelming response, except from Apple themselves, that the class action suit against Apple was filed on May 11th.

It was filed in the U.S. District Court, California Northern District (San Jose), citing 8 counts and demanding $5,000,000 (the required minimum for a class action suit).

Essentially, the suit is based on the claim that keyboards fail and die randomly, rendering them inoperable – A problem they claim has been experienced by thousands of consumers.

The MacBook is defective: its “butterfly” keyboard is prone to fail. Thousands of consumers have experienced this defect. When the MacBook’s butterfly keyboard fails, the keys stick and no longer register keystrokes. As a result, the user cannot type.

The second suit, filed on May 22nd cites 5 more counts.

The Song-Beverly Consumer Warranty Act is more commonly known as California Lemon Law. It says that products sold must be for purpose. The suit claims that this is not the case here.

By shipping and selling defective Laptops, Defendant sold and continues to sell goods that are substantially below the quality generally available in the market, are not fit for the use for which they were intended, and are not adequately packaged and labeled.

The Magnuson-Moss Warranty Act says that warranties must be fair to consumers. Again, the suit claims that this is not the case. They say that Apple has not fulfilled their warranty obligations, and directed many customers “to self-help solutions when their defective keyboards are rendered inoperable”.

Misleading advertising is also claimed and covered under the California Unfair Competition Law.

Defendant also concealed and continues to conceal the problems through its marketing, advertising, and packaging of the Laptops.

The first suit only demands that Apple recalls the machines, replaces the keyboards with a new design and refunds the purchase cost. This second suit asks for damages to be determined at trial.

With Apple still fresh from more than 60 class action suits over the iPhone battery fiasco, this is a second big knock in credibility for Apple hardware in a relatively short amount of time.

You can read both of the suits in full on the Patently Apple website.

Confidence in the MacBook Pro line of products has been wavering for a couple of years already. I know many who’ve switched to PC laptops or desktops over the past couple of years due to the simple fact that the new MacBook Pro models, while better than the previous generation, couldn’t keep up with their demands.

But, if you invested in a 2015 or newer MacBook with the butterfly style keys, and it’s died, or even if it hasn’t, it’ll be worth you keeping an eye on this one.

« Print your photos: they are meant to last
Is Instagram destroying landscape photography? »