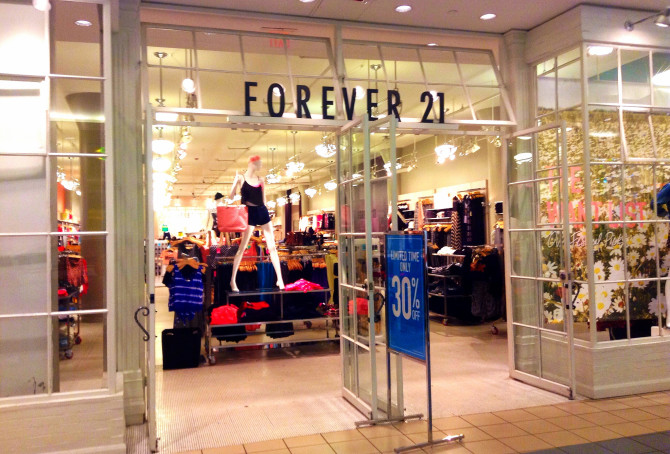 In a suit filed on January 28th in the California District Court, Adobe has accused the retail clothing company, Forever 21, with pirating software. Adobe alleges Forever 21 has illegally obtained 63 copies of various Adobe products such as Photoshop and Illustrator. Corel and Autodesk have also joined the lawsuit, citing Forever 21 has pirated copies of their software as well.

The piracy has apparently been an ongoing issue between Adobe and Forever 21. In the suit, Adobe states Forever 21, “continued their infringing activities even after being contacted by Adobe regarding the infringement.” It is not known exactly how the software company was able to track the incident; however, Adobe is in possession of specific registration numbers and dates corresponding to the allegedly pirated software.

An article posted on The Verge, writer Russell Brandom mentions the fact that “Adobe has actively encouraged employees to turn in employers using unauthorized versions of the software.” Which leads the mind to wonder if a disgruntled employee that was savvy to Forever 21’s alleged pirating habits turned the billion dollar company in.

You can read the official court document here, and be sure to stay tuned to DIYP, as we will post updates and more information on the lawsuit as it becomes available.

[ via The Verge | Lead Image By Mike Mozart ]

« Learn How Your DSLR’s Shutter Works In This Video Of A Canon 7D’s Guts Filmed At 10,000 Frames Per Second
Canon’s 50MP Camera Specs Leaked. Could It Be Lacking Video? »