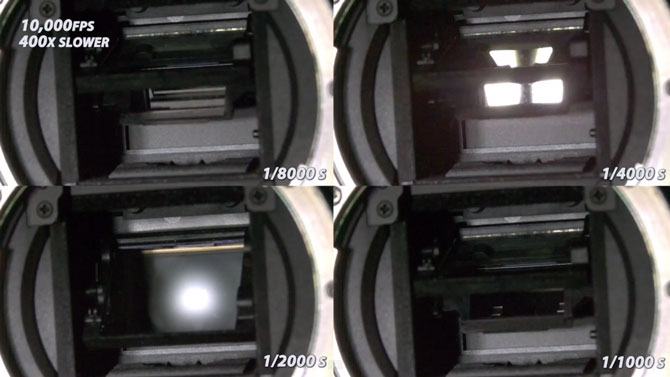 Ever wonder what it looks like inside your DSLR when you trigger the shutter? So did the team over at the Slo Mo Guys and, luckily, they have a Phantom to record the action at 10,000 frames per second. In the video below, you can witness what your shutter looks like as it opens and closes at various frame rates. When watching the shutter fire in real time, it’s sometimes difficult to even notice a difference; however in slow motion you can really get good a good look at the mechanism.

As Gavin points out in the video, the DSLR he’s using as an example (Canon 7D) uses a rolling shutter for taking stills. But, in the second half of the video, he shows some pretty cool slow motion examples of how your shutter works when taking live video. 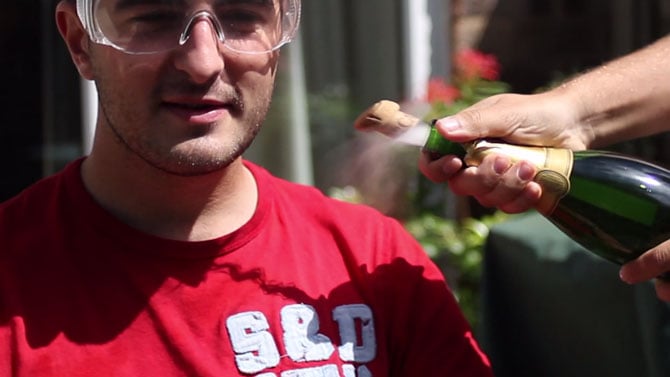 In the image above, the cork, which is destined to hit Dan in the face, hasn’t yet blasted him in the face yet. But, according to the corks shadow, the cork has already made contact. This artifact is the result of how your shutter works. It starts recording image data at the top of the photo then rolls down the frame, recording as it goes. This results in a very slight delay. In other words, the top section of your image is actually older than the bottom portion of the photo.