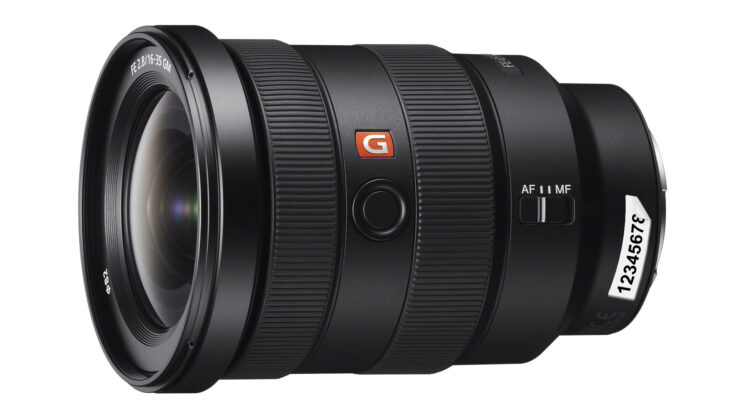 It appears that a class action lawsuit has been filed in California against Sony. It alleges that the serial number stickers on Sony lenses are prone to falling off. While this doesn’t affect the operation of the product – unlike the other class action over dead A7 III shutters – it does prevent the owners from taking advantage of the warranty and getting repairs when needed or participating in product recalls.

Essentially, the serial number falling off makes the lens worth less because if it ever dies, it’s useless. And that’s kind of a big deal, especially on expensive high-end G Master series lenses. The plaintiff, Joseph Mursharbash claims that he has experienced exactly that situation as it’s simply a low-quality sticker that’s prone to falling off. And during a product recall of the Sony 16-35mm f/2.8 GM lens, his serial number was nowhere to be found.

Mursharbash’s claim states that the Sony 16-35mm lens was recalled due to potential issues messing up camera operation when used. Customers were advised that if the serial number of their lens fell within a certain range, that “subject to the terms and conditions in the Limited Warranty that accompanied the Affected Lenses, we will repair your Affected Lens, free of charge, until March 31, 2023”. When he went to check the serial number of his lens, this is what he saw. 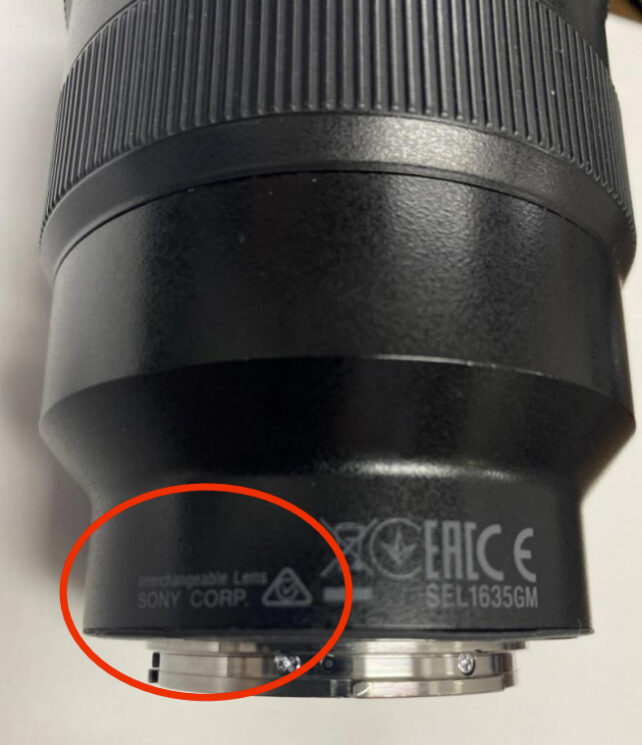 The sticker simply wasn’t there. It’s easy to see how in the general use of a camera and lens something like this could be missed, especially if you don’t actually need to know your serial number at the time – which most of us don’t. It’s just something you don’t think about. But when it was needed, the sticker appears to have fallen off. This means that not only does Mursharbash not know for sure if his lens is one of the affected ones but even if it is, he has no recourse to have it repaired by Sony under the recall. And he claims that his lens does indeed have issues.

While some camera and lens combos may actually also store the lens serial number in the EXIF data of images shot using it – my Panasonic GH5 does this – Mursharbash says that Sony relies solely on the serial number sticker for warranty verification. So, while it might hypothetically be possible to pull the serial number digitally, Sony just doesn’t do it. This means that warranty and potential recall services, something that’s factored into the cost of the lens, are worthless.

Some manufacturers store camera and lens serial numbers in the EXIF data. But even if Sony does, the suit claims Sony doesn’t care and only looks at the sticker on the lens

Looking at a few Panasonic, Olympus and Nikon lenses immediately accessible near my desk, I can see that other manufacturers engrave the serial number into the lens barrel or print it on the ring surrounding the mount. To me, using a sticker, especially one that’s in a spot that’s particularly prone to being regularly rubbed in the course of its use, seems pretty silly. But it’s not up to me to decide, it’s up to the courts.

It will be interesting to see how big of a problem this is in the real world, though and how many people ultimately come forward to join the class action suit. The suit claims that the issue violates California’s Unfair Competition Law, False Advertising Law, and Consumer Legel Remedies Act as well as breach of warranty and “unjust enrichment”. The suit is seeking a trial for compensatory and punitive damages as well as attorney fees.

You can read the complete suit here.