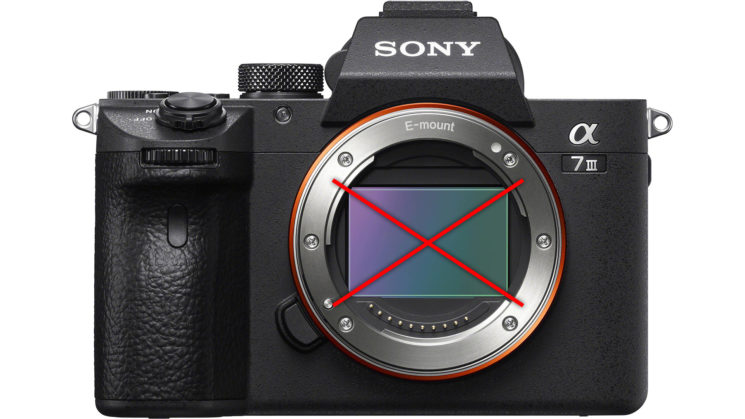 If those failures happen outside of the one-year warranty, customers are required to pay $500-650 for repair or basically be stuck with a useless brick for the rest of time. And while a shutter life expectancy in any camera isn’t a guarantee, he alleges that it happens often enough that it’s kinda suspicious.

According to the suit, there are telltale signs that your shutter is about to die and it dies in a predictable way.

Prior to shutter failure, users report hearing an atypical shutter sound, followed by the screen turning black and displaying the following message: ‘Camera Error. Turn off then on.’

Although these issues do not resolve the problem. The “atypical shutter sound” is always an indicator that something bad is about to happen to your shutter, but Sony’s generic “Camera error. Turn off then on.” error message is extremely generic and seems to be the standard default go-to error message for pretty much anything that might occasionally go wrong with your camera.

Guerriero put forward a hypothesis for the cause of the failure, stating that “[w]hen a user removes the lens, the shutter is closed and stuck. In most instances the shutter has become detached” which is accompanied by several photographs showing the physical failure. He went on to say that “the shutter blade catches on the front edge as it moves down in taking a picture … because the blades are positioned farther forward, so they ‘catch’ and fail to fully clear”. As for the blades being further forward, he posits that the shutter “is unusually susceptible to disruption by small particles, even dust, which can cause the blades (to be) out of alignment”.

Exactly how long after the error starts popping up that one can expect a complete failure is unclear. But if that generic error message starts popping up before your warranty runs out and you listen to the folks on Facebook telling you “Just remove and reinsert your battery, it’ll be fine” and then it completely dies after your warranty runs out, then you’ve got a big repair bill.

You can read the complete suit here.

It will be an interesting case to follow, and I’m curious how many of our readers have experienced such a failure with the A7 III. Not surprisingly, DIYP is contacted by a lot of photographers and I would’ve thought that if this were as common a problem as the suit suggests, we’d have heard more about this by now.

« Cactus has ceased trading – but apparently they didn’t tell anybody for three months
In photography, “Master and Slave” flashes is lazy language. We can do better. »