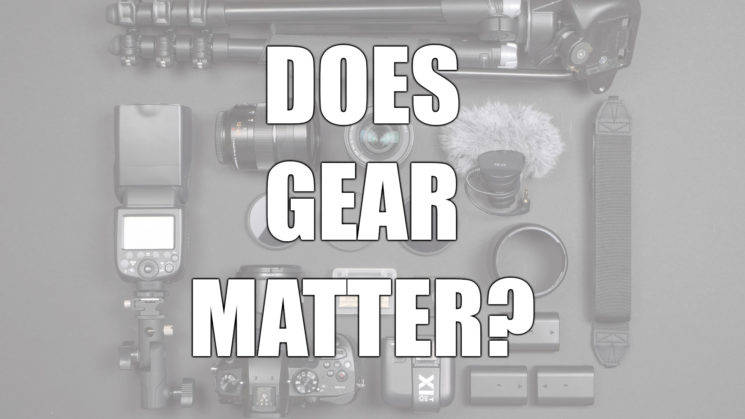 The question “Does gear matter?” probably ever since photography became more widely available. Some swear that it does, some that it doesn’t, we’ve heard it all before. But photographer Robert Hall takes a different approach to the topic. In his latest video, he discusses the argument itself, wondering if it’s the most pointless argument photographers keep having.

According to Robert, the gear argument is the most pointless one we can have. The problem with it is that new photographers can’t take anything from it, it doesn’t teach them anything, it can only confuse them. I agree with Robert that this argument is essentially pointless, but I’d like to share some of my thoughts on it.

I tend to be in the “Gear doesn’t matter” team. However, I speak from a perspective of a hobbyist who never has and most likely never will become a professional photographer. If you’re a hobbyist, especially if you’re just starting out, gear really does not matter. If you notice the beauty in the world around you or want to tell a photographic story, a simple phone camera could be enough to learn and explore this wonderful medium.

Still, once you advance, you may start to feel limited with the basic gear that you have. And even if you’re a hobbyist like I am, it’s okay and even desirable to upgrade your gear as you upgrade your skills. I’m not much of a gearhead, and even I upgrade my cameras and buy new lenses and filters as I progress. I do it very rarely and slowly, but I still do it when I feel that I’ve made the best I could from my current gear. It’s worth noting, though, that buying better gear will not make you a better photographer per se, so don’t get too carried away. :)

Finally, if we talk about professional photographers, gear does matter. This goes especially for genres like wildlife, sports, concert, or astrophotography, as well as weddings. You still don’t have to own the best of the best, but your smartphone or a DSLR with a kit lens probably won’t cut it.

So, does gear matter? It depends. To whom it matters? It depends again. And precisely because it’s very subjective, it’s an argument that we should drop.

I will always say to new photographers that gear doesn’t matter. This is because they’ll never start shooting if they wait until buying the best gear. In that context, I think that you really should just go out and shoot. But in every other case – it’s entirely up to you, your photography level, and the genre you shoot whether gear matters or not. Would you agree? Should we finally drop this argument?

[The Most Pointless Argument in Photography : Does Camera Gear Matter? | Robert Hall]