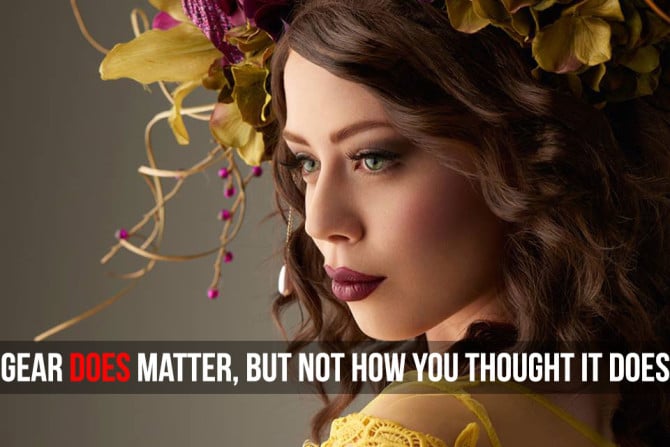 The most popular (and worn out) “advice” given to aspiring photographers is probably “It doesn’t matter which camera you use”. But is that really true?

A while back photigy.com ran a little experiment, which involved the comparison of two images: one was shot with an iPhone, one with a Hasselblad. The results did in fact support the claim that gear doesn’t matter.

So we went ahead and created our own “on a budget” challenge, where we tried to realize a rather complex shoot just with a couple of Yongnuo flashes and an entry level DSLR with kit lens. Of course, it worked out pretty well and the final image is still one of our favorites. 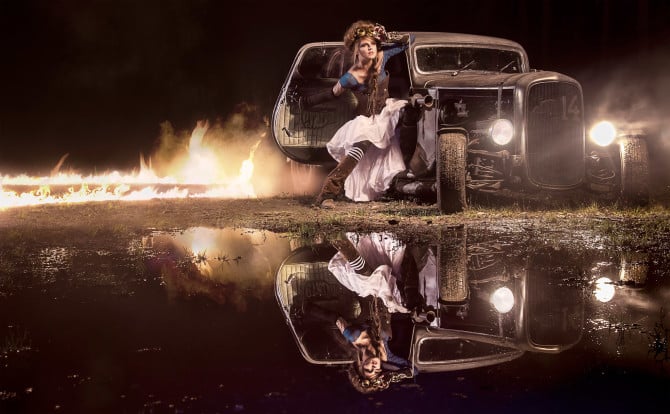 But that was just the first part of the challenge. A year later we did a second shoot with the same “theme”, but this time we used a truckload of high end equipment: 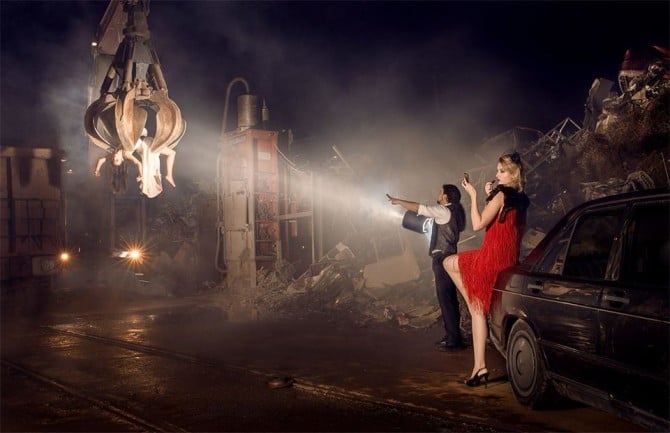 And yes, you can pull off something great with cheap equipment. And yes, you probably won’t notice any difference, when you view the images on the internet or as a small-to-medium print. But I still don’t believe that “gear doesn’t matter”.

After using various bodies, countless lenses, both cheap and incredibly expensive flashes, setting up two studios and shooting round about 550,000 pictures I think I finally have gathered enough experience to weigh in on this everlasting discussion. Here it goes:

When I looked at the EXIF data of all the fabulous images on Flickr or 500px.com a couple of years ago, I often found myself thinking “Man, that’s a really nice lens (or camera). I need (NEED!) something like this.” These images were light-years better than mine, and of course I assumed the magic must be in the lens and the camera. So I started saving and bought me some nice lenses and a “pro” camera.

Naturally my images didn’t improve. Yes, the quality was stellar, but it did nothing for my photographic skills. After a short and intense high I fell into a hole of desperation. BUT from this desperation grew something really great: motivation. I started to think “Ok, it’s not in the gear… so what else do I have to learn?”. And that’s it… After I discovered, that the gear didn’t make me a better photographer, I could learn “freely” without having this little “You have to buy better gear”-voice in my head. It’s a little bit like the whole “Don’t put your hand on a hot plate” thing. You can tell somebody countless times, that it’ll hurt… but in the end they need do experience it themselves.

Same here: You have to experience that it’s not the gear. Unfortunately that happens only after burning through a lot of $$$.

Motivation and curiosity make you want to improve as a photographer. 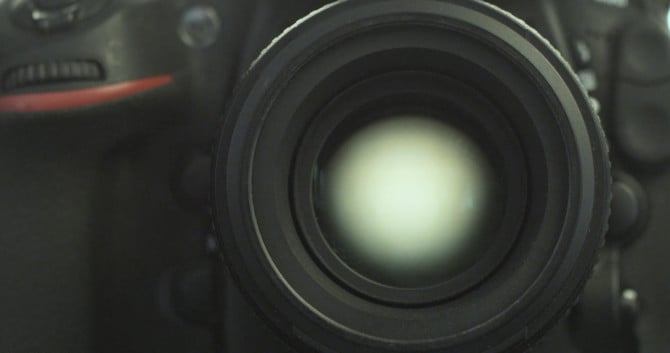 With enough equipment, you can take on more complex projects: If you don’t have a flash you’re only able to shoot available light. If you got two flashes you can add a rimlight. If you got 5 flashes, you can make the world your own by lighting everything just like you want it to be… and even bring along an emergency flash just in case.

While that’s great for your flexibility it also forces you to think about strategy and planning. The more flashes, flags, reflectors etc. you got in your arsenal, the more chaotic things tend to get. So you start to plan your projects, which is awesome and crucial for your success.

Thinking about your strategy makes you a better photographer 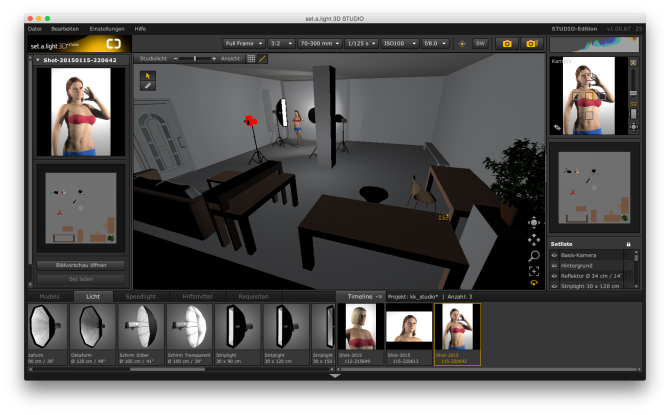 If you take a look at modern technology it’s easy to be impressed. The camera on your mobile phone has better quality than the point and shoots from 5 years ago, entry level DSLRs have more power than professional gear from 2010 and the list goes on… that’s just how things are.

And it’s no shame to work with outdated equipment, but it has its limitations. Cheap cameras can’t go faster than 1/4000s, you just can’t tether into Lightroom 5 with an old 5Dmk1, old lenses need more time to focus and don’t get me started about all the noise issues when shooting with a higher ISO: The 5Dmk2 at ISO 1600 is comparable with the D800 at ISO 6400… That’s two complete stops more with the Nikon, so photos are not as blurred anymore. 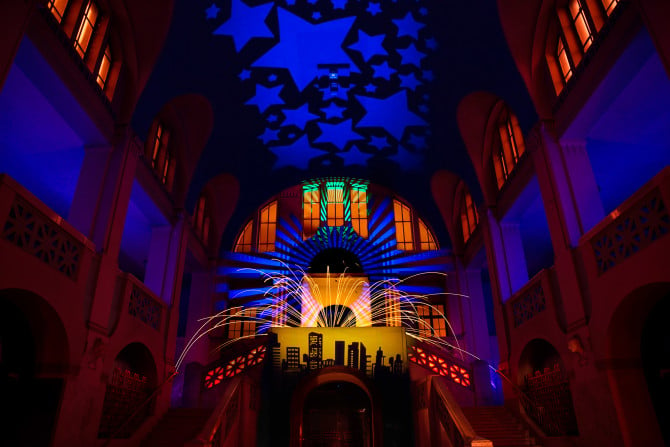 If you’re just taking pictures of your dinner, you probably won’t mind that your memory card doesn’t work all the time. If you’re shooting someone every other week, it’s no big deal if the flashes have slight differences in color temperature and fire only 9 out of 10 times.

That suddenly changes if you have to produce something professional on the spot. Take sports photography for example: The time frame for getting the right shot (that one that’ll feed the family) just might be a couple of milliseconds. That’s the point where you need professional (read: reliable) equipment that suits your needs perfectly.

Just recently we did a series of stop motion movies luckily we had our Multiblitz X-System. That gave us constant exposure and color temperature which is crucial if you don’t want to see any flickering in the finished movie. The day before we tried it with a cheaper system (not naming names, but it’s not unpopular) and it produced a mess of irregular temperature (up to a difference of 150K) and exposure (half a stop variation), which simply doesn’t work for a stop motion project. 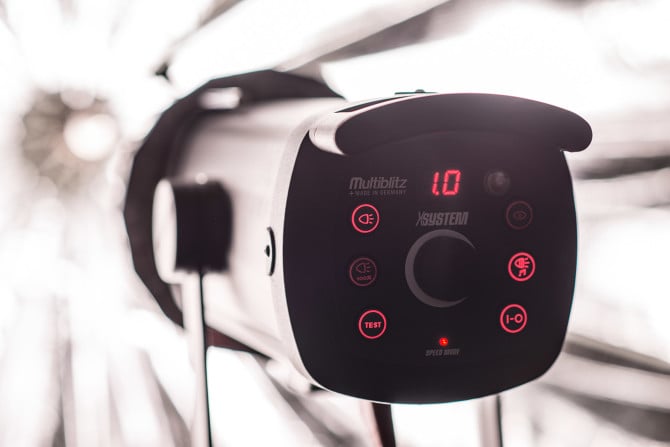 Ok, this might be a controversial one, but hear me out. If you’re shooting for clients regularly, you probably know the little “gear small talk” that usually starts with something like “Oh, that looks expensive…”. It can be frustrating, after all apparently nobody cares that you carry lightstands around, adjust exposure for different kind of ambient light and entertain the models and clients all day long… all they see is how expensive your equipment looks.

We know it’s not true, but in the eye of an uneducated client, that’s the big differentiator between an amateur and a pro: The gear. If you use something “cheap” and the client has no clue, you can get away with some pseudo-pro “Yeah, but the old ones have much better sensors…”, but as soon as client’s son has a “better” camera than you and the same two speedlights it all goes down the drain.

Better equipment makes the client perceive you as a better photographer. 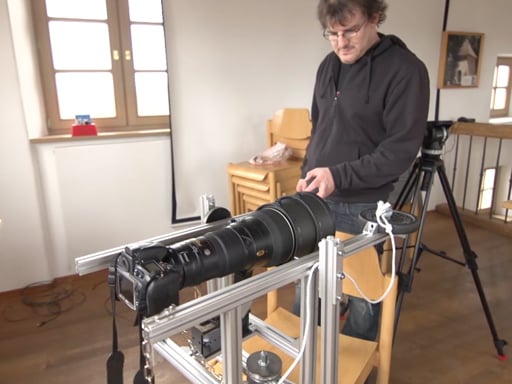 New gear is always fun. A new toy, new motivation, new possibilities to explore. But you still might ask yourself:

Do I really need a new camera for this?

No, you don’t. There a plenty of examples of great work done with cheap/old gear. But usually the creators of these “low budget but still amazing”-images, who of course also proclaim “You don’t need fancy stuff”, are the ones swimming in thousands of dollars’ worth of equipment. Yes, maybe they were lucky and got a great shot out of an entry level DSLR with available light, but if they go to work, they usually taking their full frame cameras and $12,000 Broncholor parabolic umbrellas with them.

I really like working with professional equipment and without buying some really expensive stuff, I wouldn’t have come as far as I did. After all, working with pro gear showed me how to work more efficiently. That’s probably not true for everybody, but it’s also not true that better gear doesn’t improve your skills. It can happen in weird ways, but it still can happen.

Here’s a bit of a discussion I had with another photographer the other day:

F: “If I had known how expensive this is, I probably wouldn’t have started at all.”
S: “That’s true, but it makes one really happy, too. I still can’t get to sleep on a night before a big shooting.”
F: “Yep, and don’t forget all the people sharing this awesome fetish with us.”
S: “If I’d known that earlier in my life, I’d probably have started much sooner.”
F: “It’s a great fetish.”
S: “A healthy fetish, which keeps you up at night and makes you wake up with a grin.”

And that’s it: If you love this fetish, taking pictures, capturing moments and all that, you will get excited about new gear. And it will bring you joy, motivation and inspiration. And that’s good. But it’s also good to grow, become a little more relaxed and don’t jump on every “New gear” bandwagon that comes along every now and then, isn’t it?