Instagram has a tendency to make places ‘trend’. This makes global locations become inundated with tourists. Sometimes it’s cool, but sometimes this is to the detriment to the local community. Let’s look at what’s going on at Hallstatt as an example.

Hallstatt, Austria, is a very small town, virtually free of traffic, and with minimal facilities, and about 778 inhabitants. The town has featured recently in Frozen as Arendelle. It is not surprising, then, that it’s seeing a higher flux of visitors than usual. The estimated number of tourists is 1,000,000 yearly. That is an incredible number compared to that local population of 778. They are literally drowning in visitors. Many doing so ‘for the gram.’ 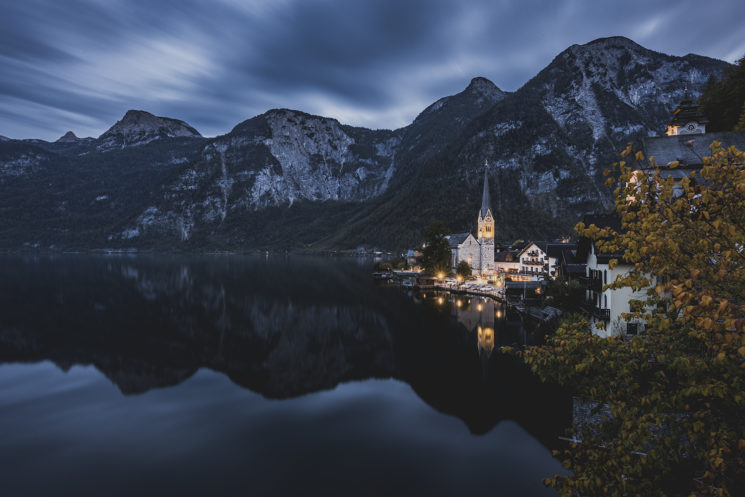 When you arrive at the town, after following alpine roads, there is a series of parking lots which are struggling to cope with the demand. At the entrance to the town, there is a gate and a bank, and visitors can take the walk to the center of town. There are hotels and restaurants, and plenty of gift shops.

On my last visit there, there were countless tourists rubbing shoulders, all looking for their “angle” and largely disrespecting locals in this pursuit. There are signs all over Hallstatt alerting visitors of private property, no drones rules, and asking to keep the noise down. This has all come from the surge in tourism owing to the Instagram culture. The Mayor of Hallstatt, Alexander Scheutz, is taking steps to improve the life of the local community. He is limiting tourist numbers. As of now, the town only allows 50 tourist buses per day.

Hallstatt really is a beautiful little town. It’s worth visiting even without the draw of its rise to fame through Instagram. The small, cobbled streets of this 16th Century commune are packed with charm and character. It’s fair to say that the income from tourism wouldn’t be so great without Instagram. But is there a way to balance it?

The cause is clear. Tourists want to visit the places they’ve become familiar with. Either online or from the big screen. there are certain bragging rights you get to own once you visit famous places. There’s something special about seeing a place in the flesh.

Hallstatt, in particular, was famous even before its debut in Disney’s Frozen. It’s a UNESCO World Heritage Site. In fact, it is so popular with Asian tourists that China built an identical copy of it  in Guangdong Province.

Other locations around the globe have suffered from over-tourism because of Instagram fame. Venice, Italy has been called the ‘front-line’ of Instagram tourism. The city has new measures implemented to limit the number of visitors. For example, day visitors need to pay a fee if they aren’t paying the hotel city tax.

Places like Venice, Hallstatt, and other places hat see mass-tourism, need to find new ways to keep tourism sustainable in the future. This is particularly true in the face of climate change. Over-tourism is a serious issue.

Instagrammers with large followings can have a huge impact on the scale of tourism. A few posts from a popular “Influencer” can cause an influx of tourists. This is especially the case with influencers collaborating as a group. Some of the sad stories include people falling from cliffs. Others get places to shut off access permanently. Seleni Matus, executive director of the International Institute of Tourism Studies at George Washington University, said in an interview. “They need to increase awareness of how behaviors can impact a community negatively.”