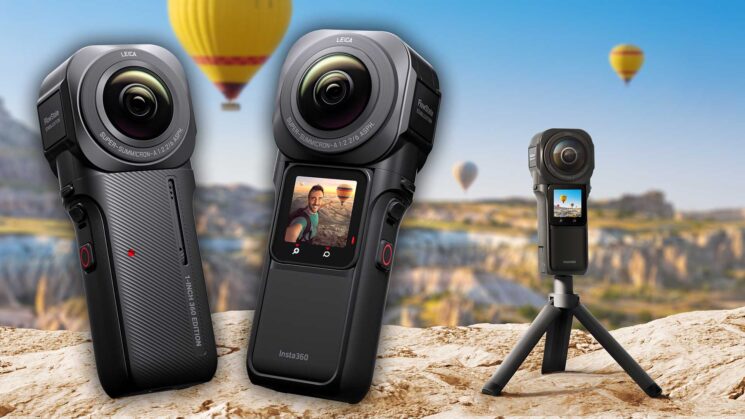 Insta360 has today announced their newest camera… Sort of. It’s not all entirely new, as it uses the same core as the regular Insta360 ONE RS (review here), but it is a whole new look for that familiar core module with a giant 360° lens module that packs a pair of 1-inch sensors. The new Insta360 ONE RS 1-Inch 360 Edition (review here) was co-engineered with Leica and it shoots up to 6K footage and 21-megapixel 360° stills.

While Insta360 has teamed up with Leica before, producing the 1-Inch standard camera module for the ONE R, this is the first time Leica has been involved in the creation of a 360° camera. And with a pair of 1-inch sensors, it’s going to capture better dynamic range and struggle much less in lower light conditions than smaller sensor 360° cameras.

The new Insta360 ONE RS 1-Inch 360 Edition shows Insta360 finally stepping up to take on the Ricoh Theta Z1 – the only other pocketable 360° camera with 1-inch sensors – but at a better price point, a higher resolution and a more versatile camera overall due to its modularity. The Ricoh Theta Z1 currently retails for $1,049 for the 51GB storage model. The Insta360 ONE RS 1-Inch 360 Edition is $799 and includes a microSD card slot that supports up to 1TB microSD cards.

Because the Insta360 ONE RS 1-Inch 360 Edition (I need to come up with a shorter, catchier name for this thing) is based around the Insta360 ONE RS core module, it also has a built-in display allowing you to see what you’re shooting while you’re shooting it and flick around the entire scene in realtime. The Theta Z1 has no such display and if you want to see anything, you’ll need to monitor on your phone – of course, you can do that with Insta360’s new one-incher, too, if you want to. 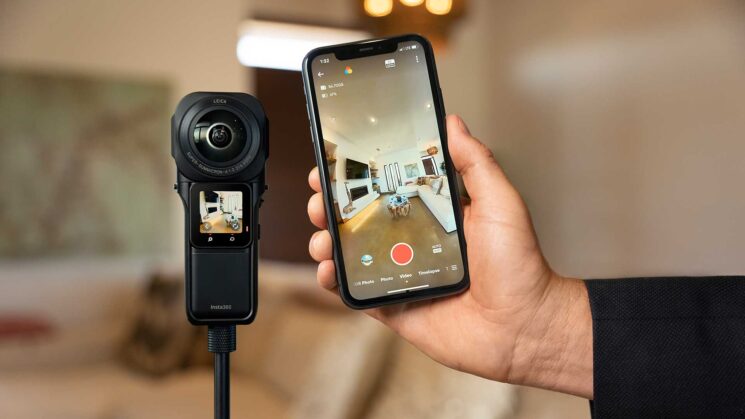 Designed more for higher-end creators than the original ONE RS 360° module – or even the Insta360 ONE X2 (review here) – the new 1-Inch edition shoots 6K 360° footage at up to 30 frames per second and it shoots stills at 21 megapixels. And like just about all of Insta360’s other cameras, you can shoot those stills with DNG raw format for maximum dynamic range capture and quality for editing in post.

Despite its raw offering, the new AI-powered PureShot HDR photo mode along with auto exposure bracketing helps to increase the dynamic range of your shots by using three exposures and intelligently blending them together to give detail in the shadows and the highlights. And for the video side of thing, the Insta360 app’s Shot Lab uses AI to automate the editing process for techniques like cloning, dolly zooms and star trails. 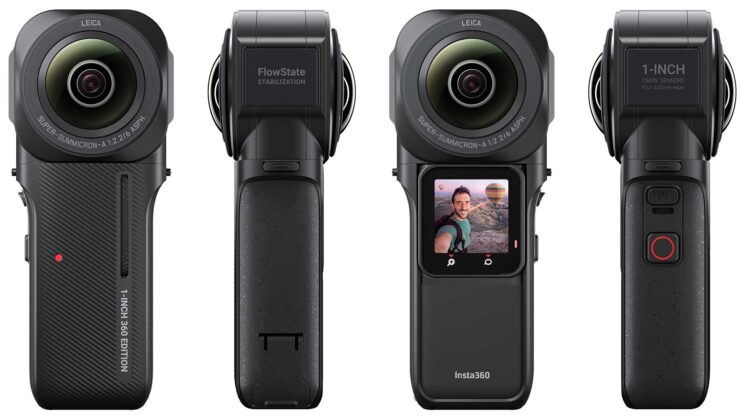 Being based on the Insta360 ONE RS core module, the new 1-inch 360 Edition is modular. This means you can take it apart and reuse the core with other modules, like the standard 360 module or the original 4K and 1-Inch Leica module that came with the ONE R or the 4K Boost module that comes with the ONE RS. And if you’re an existing Insta360 ONE R or ONE RS owner, you can buy the new 1-inch edition without the core module for a reduced price to be able to expand the system you already own.

While the new 1-inch 360 module offers some distinct advantages over the standard 360 module that ships with the Insta360 ONE RS, it does have one downside. It’s not quite as waterproof. The new setup comes with an IPX3 rating, which basically covers you for light rain. That falls far short of the IPX8 rating of the standard 360 module inside the action-camera style ONE RS housing. 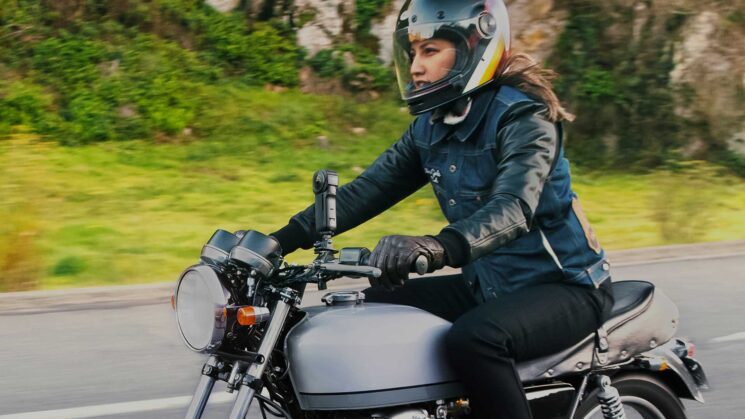 But this isn’t really a setup designed for underwater use. It’s targeted more towards professional users, creating HDRI images for 3D CGI lighting, virtual tour creators and those who just generally want a higher quality 360 camera for use on land. It will also be compatible with Matterport and OpenSpace in a future SDK release. That doesn’t mean it can’t handle a little action, too, though. You just have to be a little more careful around the wet stuff.

When it comes to shooting video, you’ll get 6K at up to 30fps (technically, 5888×2944 for 30fps and 6155×3072 for 24/25fps) in Insta360’s usual .insv format. As with Insta360’s other cameras, you get access to FlowState stabilisation for super smooth gimbal-like steadiness and you can shoot in standard, vivid or LOG colour profiles. As well as standard video, you can also shoot in Timelapse, TimeShift and Loop Recording modes.

So, that’s the official skinny on the new Insta360 ONE RS 1-Inch 360 Edition, but I’ve had one here to play with for the last couple of weeks, so be sure to check out DIYP’s complete review for more insights and some tests with it.

The Insta360 ONE RS 1-Inch 360 Edition is available to buy now for $799. It’s also available to buy as an upgrade bundle for existing ONE R and ONE RS users for $649 which essentially includes all of the same stuff minus the core module.