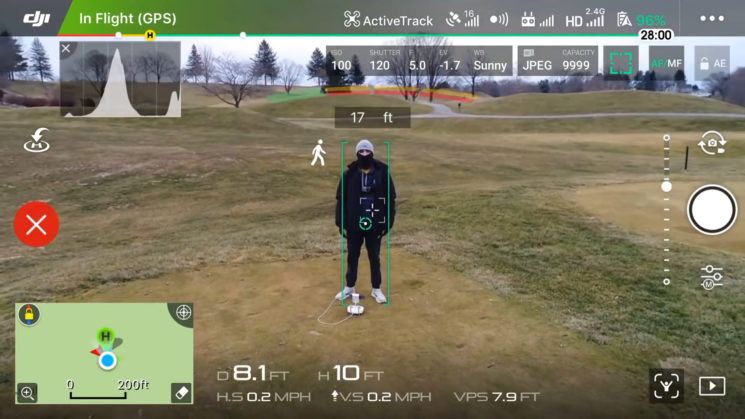 Shooting quality aerial video is the main reason that most people get a drone like the DJI Phantom 4 Pro. So, when your footage doesn’t look that great, it’s a bit of a disappointment. Often, though, the problem is simply down to not understanding how your drone works, and the different flight modes it offers.

In this video, drone enthusiast Billy Kyle takes us to drone flight school to teach us all about the twelve intelligent flight modes offered by the Phantom 4 Pro. If you have a Phantom 4, Mavic Pro or earlier drone, it’s still worth having a watch. Even though all of the flight modes might not be available to you, the ones you do have access to are probably mentioned. It also serves as a good reference for what it can do if you’re considering buying, too.

As far as filmmakers are concerned, the goal of these flight modes is to make certain shots easier to achieve. Trying to control the drone manually while monitoring the camera isn’t easy. If you’re trying to do another activity at the same time, it can be pretty much impossible.

Perhaps you want to fly over a very specific line on the landscape, follow you as you ride your mountain bike down a dirt trail, or circle a group of friends on top of a mountain. Unless you want to see yourself holding the controller, assuming you’re in a position to operate it, intelligent flight modes are the way to go.

One of the modes that’s especially useful if you’re controlling the flight manually is the tripod mode. This slows down the drone’s speed to a maximum of only 4mph. It’s very handy for filming relatively close subjects where the standard modes are just too quick and result in jerky footage.

The tripod flight mode is very popular. Many of the people I know use it to create long slider-like shots from the air. And we’ve seen it before used in drone hyperlapse films to great effect.

The intelligent flight modes that are coming with drones these days, and especially those by DJI are ridiculously good. Gone are the days of just sending up a drone blind and hoping you’ll get something decent. All it takes is a little learning and patience. But as you mastered each flight modes, you learn what circumstances each is best suited to. Then you’ll start seeing a big increase in both the quality of your footage.