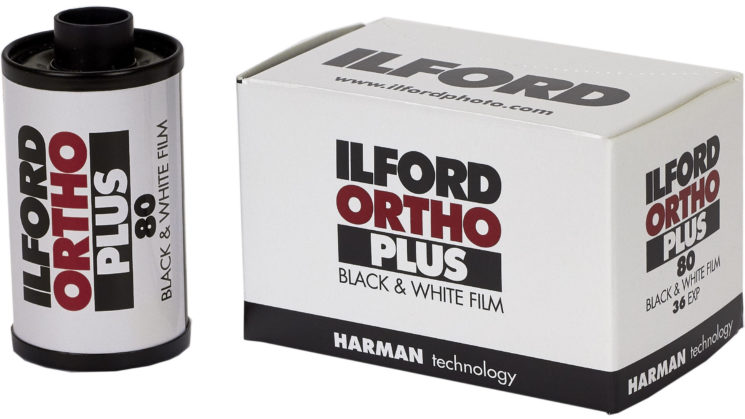 Designed as a technical high-resolution copy film, Ilford Ortho film has thus far only been available in sheet film formats. Now, Ilford has expanded the formats to add 35mm and 120 medium format roll film. The black and white film is rated at ISO80 in natural light and ISO40 in tungsten.

Harman says that the blue and green sensitivity and lack of red sensitivity of the Ilford Ortho Plus emulsion allows the film to be handled in red safelight conditions to make processing and inspection easier. This also means that reds and oranges in your scene are rendered much darker than with panchromatic films like Ilford PANF, FP4+ and HP5+.

Ilford Ortho Plus film in 35mm and 120 rolls will be available starting in November. 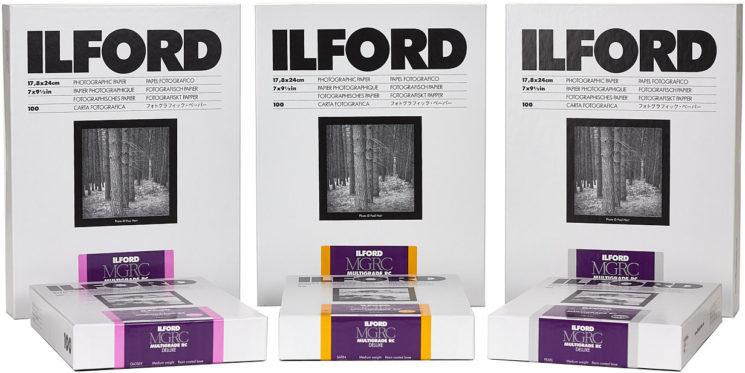 Ilford Multigrade RC Deluxe paper is the 5th generation of Ilford’s multigrade paper, first introduced in 1940. It was the world’s first variable contrast paper, which allows you to adjust the contrast of the image by using variously coloured filters on your enlarger.

Talking about the release of the latest generation of Multigrade paper, Ilford says…

Improving them was not going to be easy but we wanted to bring the manufacturing in line with the latest emulsion making technology used in our other RC and fibre papers and so we have redesigned the emulsion from the ground up. This project has been in development for 8 years and we are extremely pleased and excited with the final product.

They say that Multigrade RC Deluxe has a slightly warmer base tint than Multigrade IV and deeper blacks with improved mid-grade spacing for easier printing and more consistent contrast throughout the tonal range.

Ilford says that Multigrade IV will continue to remain available while stocks last, after which they plan to introduce Multigrade RC Deluxe, so keep an eye out at your usual stockist.

I’ll have to pick some of the RC Deluxe up at some point. I’ve been using Multigrade IV on my enlargers for years and it offers a lot of creative options, especially with techniques like split-grading.