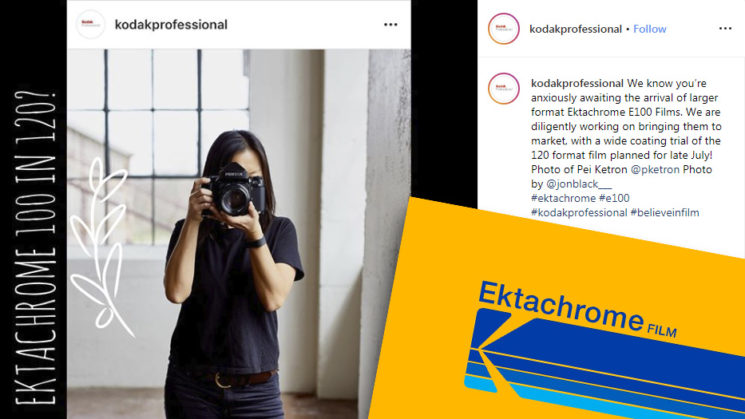 Introduced last year, Kodak Ektachrome 35mm is based on the old Kodak Ektachrome E100G E6 slide film that was made up until 2012. A lot of people were eager to check out the newly produced rolls, and when it was announced at the beginning of this year that it would be coming in 120 roll medium format, as well, a lot of people got very excited.

Now, Kodak has posted a status update via Instagram saying that they will be running a “coating trial” of the medium format version in “late July”.

We know you’re anxiously awaiting the arrival of larger format Ektachrome E100 Films. We are diligently working on bringing them to market, with a wide coating trial of the 120 format film planned for late July!

So, it looks like the 35mm reintroduction of Ektachrome was a success, or they wouldn’t be considering larger formats. Hopefully, this means that they’ll also still be bringing 4×5 large format back to the shelves at some point, too. It’s definitely in Kodak’s announced plan.

In the meantime, though, I might have to grab a couple of rolls of 120 when they do become available to the general public to run through the Mamiya C330.

There’s no word on exactly when Ektachrome 120 will hit the shelves, nor when large format will start to appear.

Kodak is now shipping Ektachrome rolls out to testers

« Here’s a Sony video hack no one told you about
Photographers get exploited because they love their job, study finds »