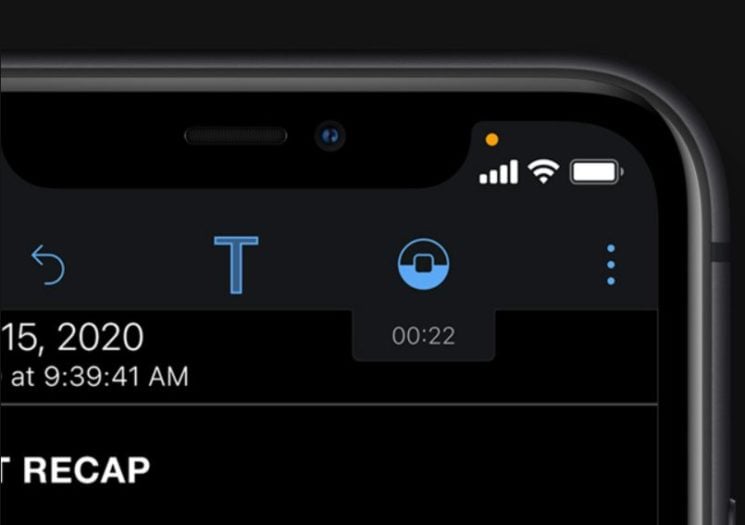 Do you ever get the unexplainable feeling that someone is watching you? Well, that’s because they just might. But if you’ve updated your iPhone to iOS 14, you may now be able to tell when this is happening and delete the apps that activate your phone’s camera in the background.

Apple has introduced a new security feature to iPhones with the latest iOS update. It already exists on MacBook laptops for the same reason – to let you know when your camera is on. If you’ve updated your iPhone’s OS, you’ll now see a small dot in the top right corner of the phone’s display. If it’s green, it means that an app is using your camera. If it’s orange, it means that your microphone has been accessed.

In other words, if you’re not using an app that needs your camera or microphone, and the indicator is on, it means that an app is spying on you. You can then open your iPhone’s control center and see which app had the access to your camera or mic. From there on, you can disable it from accessing them, although I’d rather just delete them, to be honest.

I think that a feature like this is pretty useful. It has also come at the right time, considering that it was just recently that Facebook was sued over Instagram spying on users through their cameras. I hope that Android developers are taking notes and that us who use Android-based phones will have a similar feature available in the near future.

« How to reproduce a $10,000 camera stand with a bit of DIY and a 3D printer
Can you get away with shooting without light modifiers? »