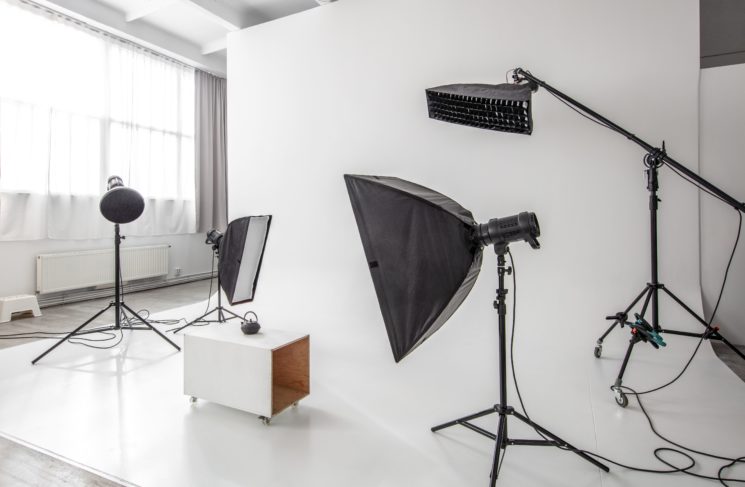 When we talk about studio lighting, we always talk about light modifiers as well. They’re an integral part of using artificial lighting, but does it mean you should use them absolutely all the time? In this video from Adorama, Mark Wallace addresses this topic through a set of examples. He takes photos in his studio with different modifiers to show you what each of them does, so you can see for yourself whether or not you can get away with omitting them.

Mark teamed up with a model Juana Espinola to take photos for this video. He took the first two images with a bare Profoto B2 250. He placed the flash at a 45-degree angle to Juana for the first image and then moved it to be in axis with the camera, almost straight above the lens. I find the light in both of these images to look a bit unflattering, not to mention that it’s super-flat in the second image.

Enter light modifiers. Mark moves the light back at the 45-degree angle and introduces several most common modifiers: a white shoot-through umbrella, a black/silver umbrella, and an octabox with and without a grid. Each of these modifiers has its perks and each gives a different look. But, they all have one thing in common: they’ll make the light softer and more flattering.

So, should you always shoot with a light modifier on your flash? Well, I’d say that it works in the majority of cases. Unless the harsh or flat light is your creative choice, I believe that studio lighting will always work much better for you if you add a modifier. You can see here and here how different modifiers compare. And keep in mind that you don’t need to spend a fortune if you’re just starting out – you can use DIY magic and make some modifiers yourself.

« If you’ve updated your iPhone to iOS 14, you can tell when your camera is spying on you
How to photograph dogs like Elliott Erwitt »