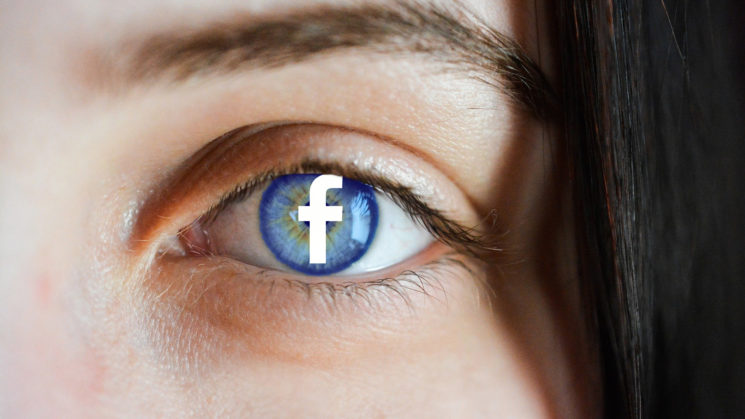 iPhone users have noticed a pretty worrying and creepy bug while using Facebook on their phones. It seems that the app was accessing the camera while they were watching videos or looking at photos on their News Feed. A number of users noticed a glitch and then discovered that their camera had been running in the background without their knowledge.

Some users spotted the bug when looking at videos in full screen, and then returning them back to normal. This would make Facebook’s layout get slightly shifted to the right. In the open space on the left, they were able to see that their camera was running. Others would notice it when rotating the video to landscape and then back to portrait. They turned to Twitter to share their concerns, and you can see in their videos what the glitch looks like:

Facebook app on iOS 13.2.2 opens my phone’s rear camera when I open a profile photo swipe down to return (look at the little slit on the left of the video). Is this an app bug or an iOS bug?? @facebook @AppleSupport pic.twitter.com/WlhSXZulqx

Found a @facebook #security & #privacy issue. When the app is open it actively uses the camera. I found a bug in the app that lets you see the camera open behind your feed. Note that I had the camera pointed at the carpet. pic.twitter.com/B8b9oE1nbl

Today, while watching a video on @facebook, I rotated to landscape and could see the Facebook/Instagram Story UI for a split second. When rotating back to portrait, the Story camera/UI opened entirely. A little worrying… pic.twitter.com/7lVHHGedGf

Facebook has acknowledged the issue and noted that it was caused by a bug. Guy Rosen of Facebook writes that the company recently discovered that the iOS app incorrectly launched in landscape. “In fixing that last week in v246 we inadvertently introduced a bug where the app partially navigates to the camera screen when a photo is tapped.” He added that there is no evidence that any photos or videos were uploaded due to the glitch.

We recently discovered our iOS app incorrectly launched in landscape. In fixing that last week in v246 we inadvertently introduced a bug where the app partially navigates to the camera screen when a photo is tapped. We have no evidence of photos/videos uploaded due to this.

In another tweet, Rosen added that fix is on the way.

Wanted to let you know that we’ve shipped the fix to App Store and are waiting for it to be approved. Team is still digging into details including about the state of the camera after the bug is first triggered (which relates to your Q), expect to be able to update you later today

Facebook (and Instagram) haven’t really been known for keeping their users’ data safe. There have been some major security bugs and a lot of controversy over Facebook’s data protection. Or better to say, lack of it. Many people feel like they’re being listened to, considering that Facebook and Instagram ads are often tailored by their conversations. So naturally, a bug that makes your camera run in the background seems pretty disturbing.

What do you think? Is this really just a bug, or there’s more to it?