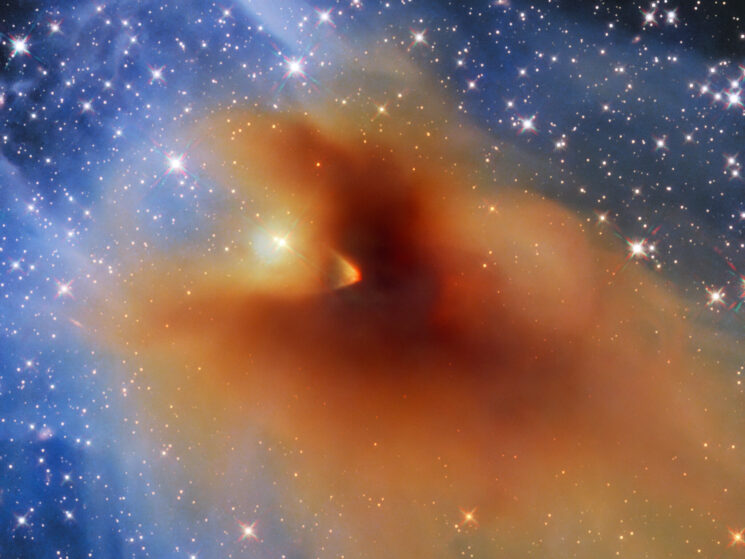 Last week, James Webb Space Telescope treated us with a magical “hourglass” of a new star formation. But good ol’ Hubble beats a new record, capturing the birth of a new star at its very earliest stage.

This dreamy, ethereal image shows a small and dense cloud of gas and dust in the constellation Serpens, called CB 130-3. Such dense cores are the birthplaces of stars, so we’re definitely looking at something extraordinary here.

“During the collapse of these cores enough mass can accumulate in one place to reach the temperatures and densities required to ignite hydrogen fusion, marking the birth of a new star,” NASA explains. “While it may not be obvious from this image, a compact object teetering on the brink of becoming a fully fledged star is embedded deep within CB 130-3.”

Astronomers used Hubble’s Wide Field Camera 3 to capture and analyze the environment surrounding this fledgling star. In the image, you can see that the density of CB 130-3 isn’t constant. In the outer edges, where the cloud is “thinner,” there are only tenuous wisps of gas and dust. But in its core, the CB 130-3 blots out background light entirely.

This cloud of gas and dust affects the brightness, but also the color of the background stars. Stars towards the center of the cloud appear redder than those at the outskirts of the photo. NASA points out that dense cores like this are of particular interest to astronomers. No wonder, as they can tell us a lot about how new stars are formed.