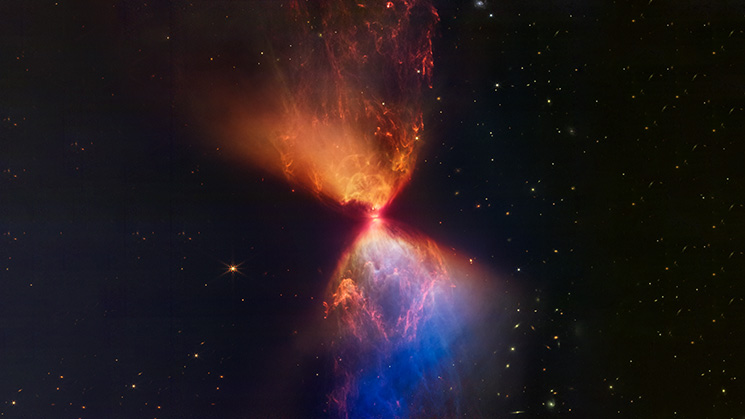 It’s so exciting to see the beginning of something new and beautiful. Thanks to NASA’s James Webb Space Telescope, we can now see the once-hidden features of the birth of a new star. How exciting is that?

Webb’s near-infrared camera captured the protostar within the dark cloud L1527. It looks like a fiery cosmic hourglass, and it’s absolutely magical.

This “hourglass” is located within the Taurus star-forming region, and its features are only visible in infrared. But hey, we all know Webb’s up to this task, so its Near-Infrared Camera (NIRCam) captured the blazing clouds perfectly.

“But where’s the new star?” you may wonder. The protostar is hidden within the “neck” of the “hourglass.” The dark line across the middle of the neck is an edge-on protoplanetary disk, and light from the protostar leaks above and below it.

“The region’s most prevalent features, the clouds colored blue and orange in this representative-color infrared image, outline cavities created as material shoots away from the protostar and collides with surrounding matter,” NASA writes. “The colors themselves are due to layers of dust between Webb and the clouds.” The areas where the dust is thinnest are shown in blue. “The thicker the layer of dust, the less blue light is able to escape,” so that’s how we get the orange areas. 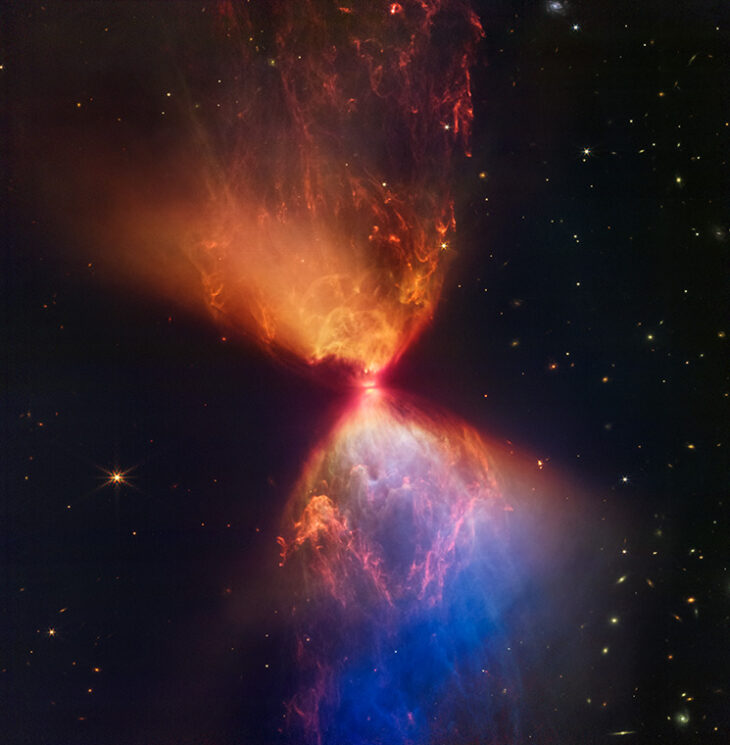 NASA explains that L1527 is only about 100,000 years old. In cosmological terms, it’s relatively young. Based on its age and brightness, scientists managed to determine that it’s a class 0 protostar. In other words – what you’re seeing here is the earliest stage of star formation. Magic, I tell ya!

“Protostars like these, which are still cocooned in a dark cloud of dust and gas, have a long way to go before they become full-fledged stars. L1527 doesn’t generate its own energy through nuclear fusion of hydrogen yet, an essential characteristic of stars. Its shape, while mostly spherical, is also unstable, taking the form of a small, hot, and puffy clump of gas somewhere between 20 and 40% the mass of our Sun.” 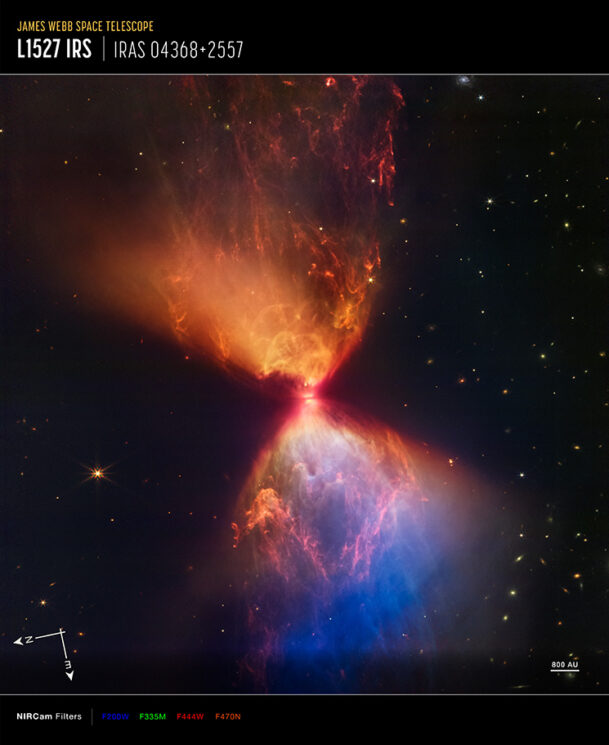 How far can the James Webb telescope see? This video puts it into perspective