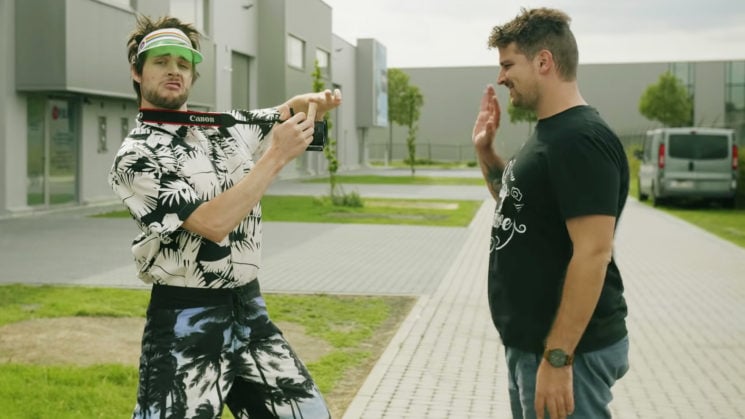 If you haven’t seen it by now, or even heard of it, Hardcore Henry is a feature length movie shot entirely in the first person. You can check out the trailer here. It’s a challenging concept that’s been tried before. Often badly – remember Doom?

Cameras have become much smaller since 2005, though, and while still challenging, they’re much easier to shoot than they were. Hardcore Henry pulls it off rather well by comparison. In this video, Jordy at Cinecom walks us through his process for shooting first person to recreate that Hardcore Henry look.

The principle is quite simple. Have a camera approximately where your eyes would be, offering a similar field of view. Putting this into practice, though, isn’t so easy.

There are a lot of rigs out there now to let you mount cameras on your head, but most of them aren’t all that practical for something like this. The typical GoPro head mount, for example, puts the camera too high up, and you can’t easily see what it is that you’re filming. Specialist camera mounts do exist, and Jordy shows one off in the video, but for something like this they’re not very stable. So, they used a modified motorcycle helmet. 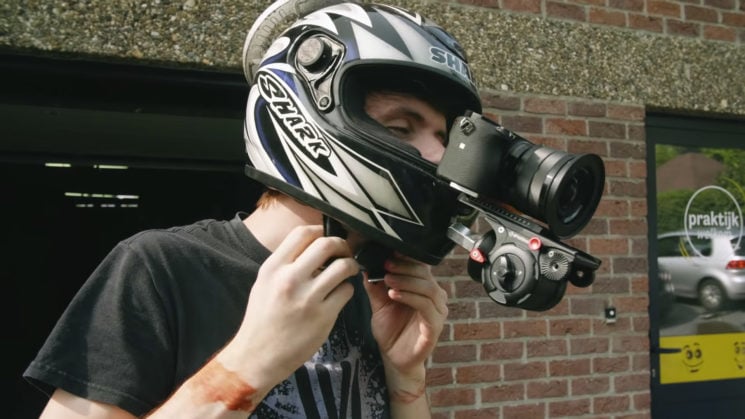 You can see that this allows Jordy to mount cameras much larger and more capable than a GoPro. In this case, the Sony A6500 with the Sony 10-18mm f/4 lens. A counterweight on the back helps things to balance out and the helmet fits much more snugly with a lot less wobble than the commercial solution they initially attempted.

Jordy says that they had to record some of the scenes several times. It’s a learning experience. We make mistakes, correct the issue and try again. His first mistake was that he was trying to act instead of trying to be a camera operator. When you’re playing the part of both the actor and camera guy, you typically need to give priority to the camera side of things. Otherwise, your footage can be very shaky or badly composed.

Some of the movements might look a bit silly while you’re actually performing them, but as you can see from the side-by-side above, the final footage is much easier to watch. And that’s the other advantage of this kind of setup, you can actually watch the screen on your camera while you’re filming. 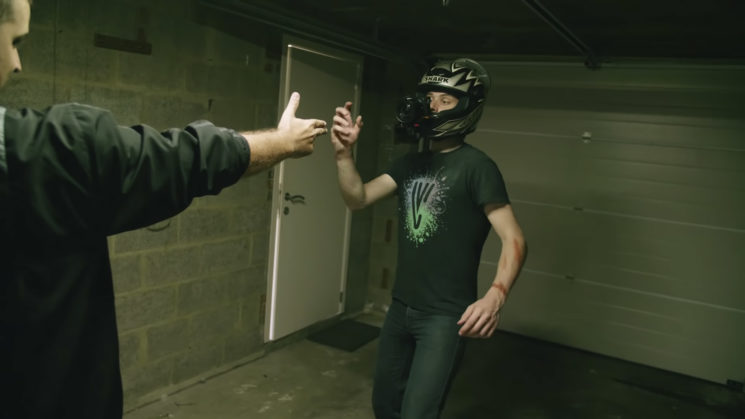 With such a unique method of filming, choreography is very important. You want to practice every move multiple times in order to figure out the timing and positioning of everything and everybody. Your camera needs to frame the scene, and your actors need to hit their marks. This involves a lot of planning, in advance, too, so that everybody is on the same page.

Sound production for Jordy’s short was interesting. They made the choice to not use any of the live audio from filming. This solves the obvious issue of an on-camera microphone being at very different distances from the sounds you want it to pick up. And it also gives you more freedom of movement because you don’t have to worry about overhead boomed shotgun mics getting in the shot. 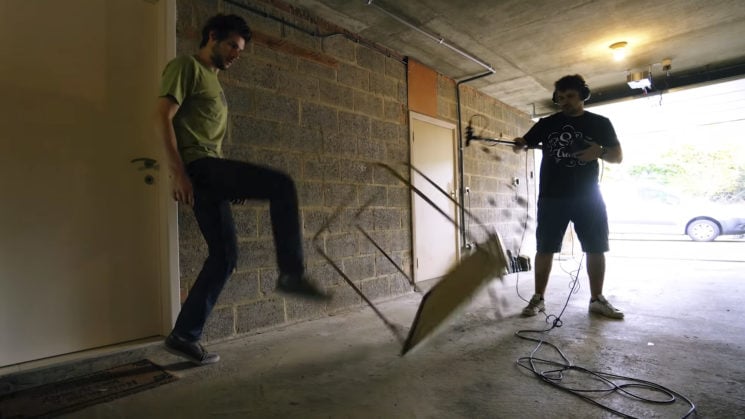 It does mean there’s a lot more post-filming work involved. You have to record all the sounds separately and the voice track, then mix everything together in the computer. But it does result in more control and a better final result.

Lighting the scenes is something else you need to consider carefully when shooting first person video. When you’ve got a big rig on your head holding a camera, the last thing you want to do is cast a shadow of yourself in your shot. If you do, then the illusion is broken, as the viewer can see the great big mass of stuff sitting on your head. 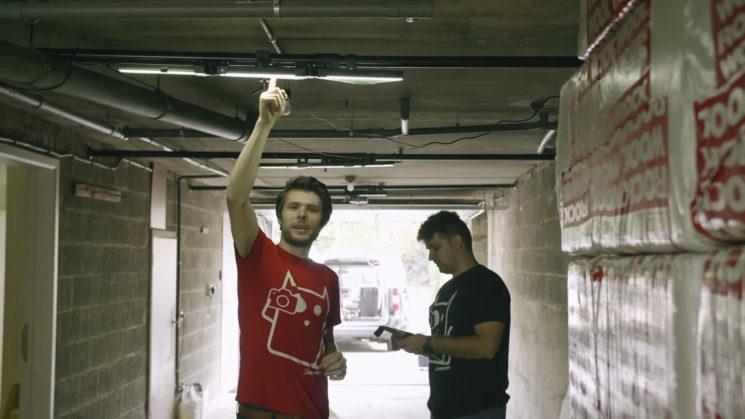 Mixed lighting was used in this short, with tungsten for the initial scene of Jordy tied up and gelled Spekular LED lights in strips to simulate fluorescent lighting. As mentioned, you need to be careful of your shadow here. They switched the lighting around a bit throughout the clips to help ensure Jordy’s shadow wasn’t seen, or that it was very soft and obscured if it did appear.

So, if you’ve ever thought about trying to shoot some first person, this video is worth a watch. There’s a lot of information packed into it, and a few more tips I didn’t even mention here.

This is the story of Henry Diltz, the official Woodstock photographer