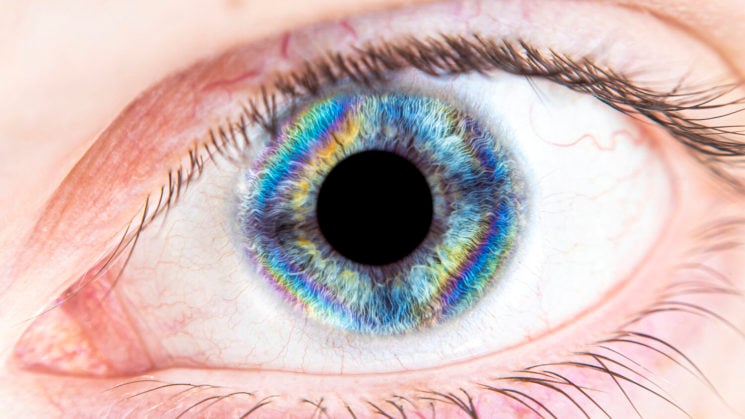 When I was photographing eyes a few weeks ago I came across a fascinating phenomenon:

I used the cross polarization technique to cancel out harsh reflections of the speedlight that I used to illuminate the eye, which I was photographing, when I discovered rainbow gradients in the blue eye of my sister.

I had previousely noticed some rainbow coloured highlights in my own (brown) eyes, but not really quite enough to leave stumped and fascinated as when I looked at the image above on the back of my viewfinder. 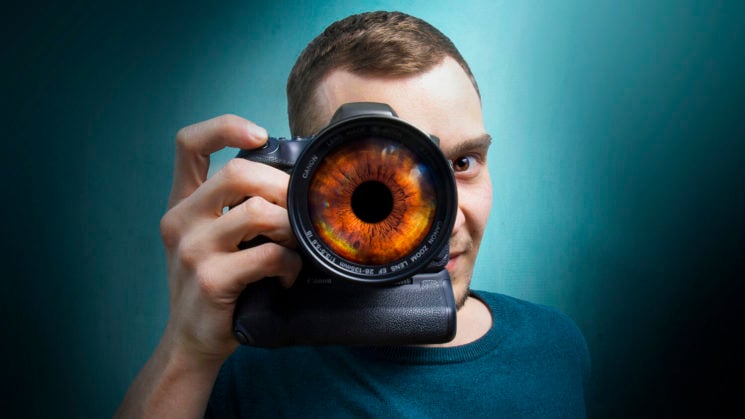 After a bit more research and some testing with two sets of brown and two sets of blue eyes I was certain, that this effect related to the colour of blue eyes. Brown eyes have an additional layer of the pigment Melanin which sits on top of the iris. The darker the colour of the iris, the more of the pigment is present. This additional layer is the reason why such gradients won’t show up in brown eyes. 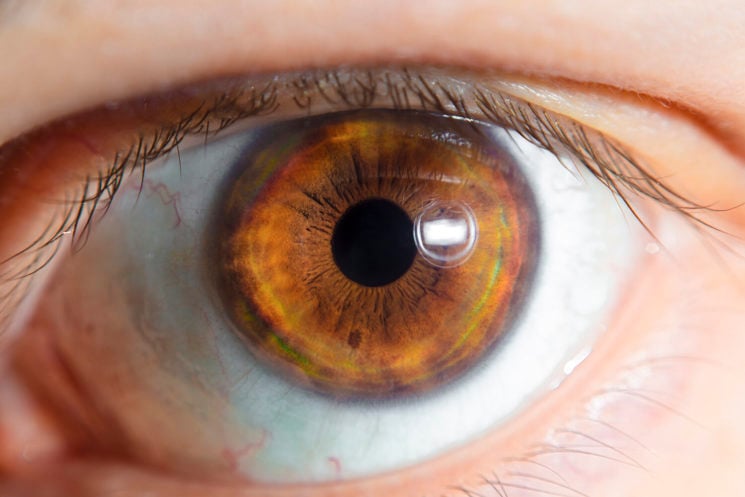 Some hints of rainbow colours in my brown iris, but nothing close to the spectacular gradients of the blue eye above…

But why do blue eyes produce such gradients? Good question, next question please…

Even though I have a basic idea as of what the reason of this phenomenon might be, I am admittedly not quite certain of the physical process that causes these colours to show, so if you can explain the science please share you’re knowledge and I’ll add it to this post.

The set-up behind the shot.

What I can share however is the process and the set-up that I used to take the image above:

Create rainbow flares with a CD for colorful macro photography

How to create “The Ring of Fire” effect in-camera
« I designed my own 3D printed lens hoods because Nikon’s suck
I hate when family members ask me to send them raw photos because they “don’t mind that they’re not edited.” I DO. »