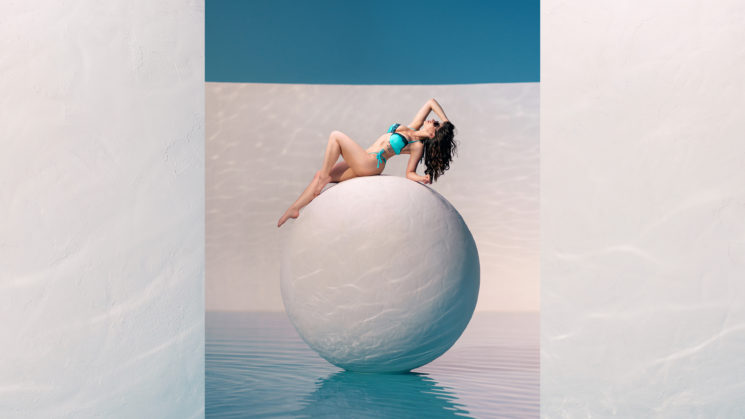 While he was in Jeff Bennion’s workshop, Francisco Joel Hernandez captured a really interesting portrait. The photo is serene and almost surreal, with a model lying on top of a giant white ball. We wanted to know more about how he did it, so we chatted with Francisco about the shoot and he kindly shared a few images with DIYP.

The photo was taken in Weese’s Pieces in California this June. The day was very bright, without a single cloud in the sky, and Francisco wanted to outpower the sun for this shoot. Since he was traveling to this workshop, he had with him the gear that he normally uses on these occasions. In other words, everything was compact, lightweight and/or foldable, and yet powerful enough to help him get the photo that he wanted.

Francisco used a Sony A7RIII paired with a Sony 85 FE f/1.8 and a Tiffen Variable ND filter (stopped down to about 6 stops). Although he almost never uses ND filters, he shot this photo wide open, so he needed it to cut the daylight a bit. To light the model, there was one Godox AD600 Pro camera left and above on a Manfrotto Nano stand. It was fired at full power and modified by a double diffused 24×24″ softbox. Francisco’s new friend Steve helped by holding the light in the frame, and it was set off by the Godox XPro Sony transmitter. As for the settings, the photo was shot at f/1.8, 1/250 s, ISO 100. 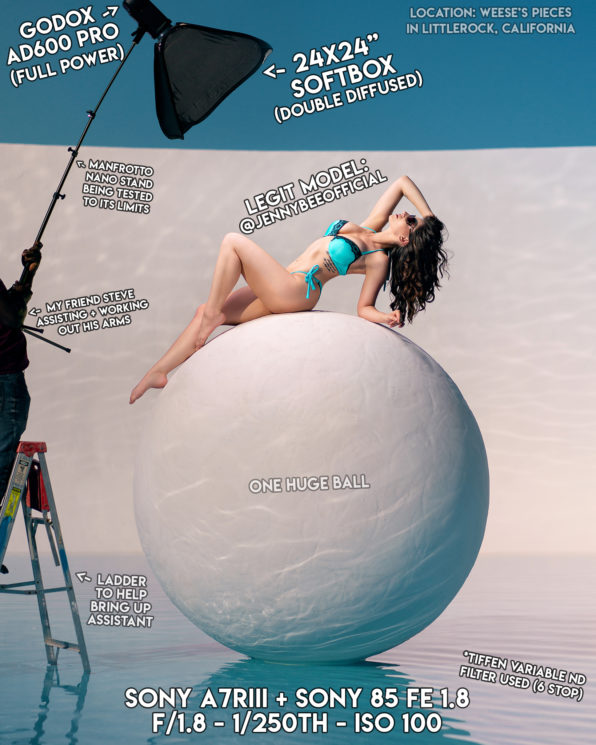 When looking at the photo, I find it kinda surreal because of the giant white ball, the colors and the ripples and their reflections. But of course, it was all captured in-camera. And I couldn’t help but wonder: how did the model get up on that huge ball? Francisco explains that Jenny Bee used a ladder, plus there was someone holding the ball from behind. There’s also a circular frame on the bottom to hold the ball in place. Still, it took some strength and focus to hold the position, and Jenny did a great job.

Here’s the final image Francisco ended up with: 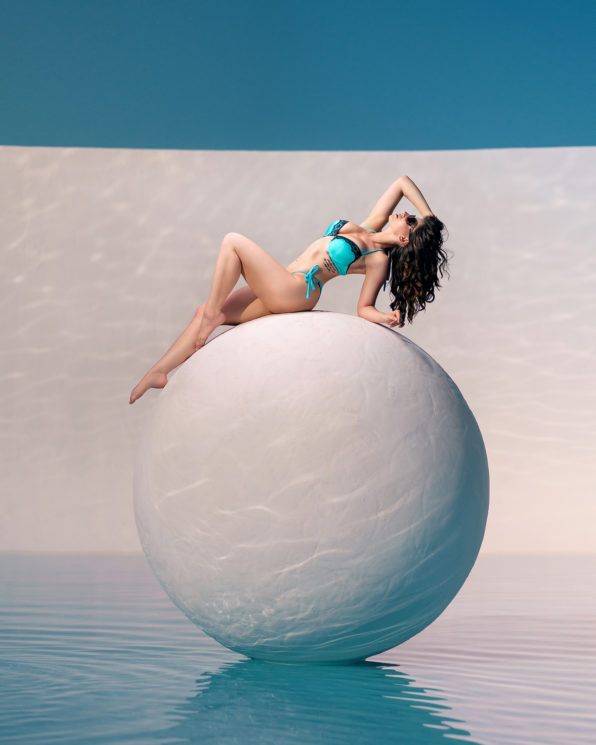 Francisco also shared a video about his shoot in Weese’s Pieces, and you can watch it below. And if you’d like to check out more of his work, make sure to follow him on Instagram.