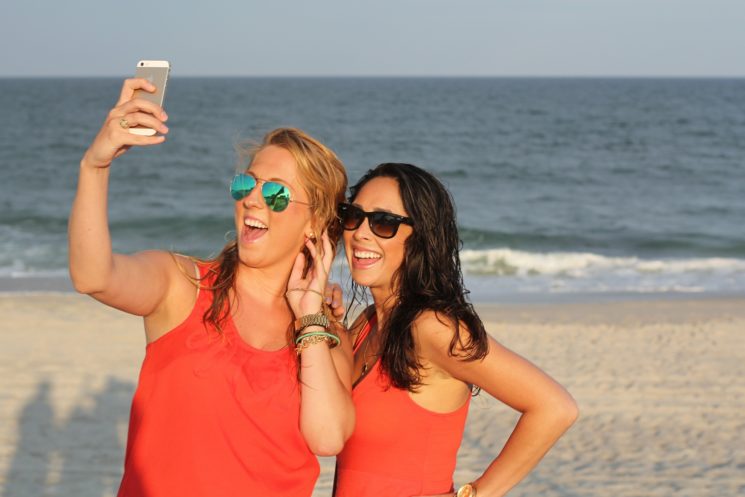 The selfie is definitely one of the most prominent cultural phenomena of the 21st century. It’s been a topic of many psychological researchers, and some even categorized it as a mental disorder. In this thought-provoking video, The New Yorker discusses what stands behind selfies, and why millennials are especially drawn to the selfie culture.

The video argues that we’re constantly expected to be the “individualistic unit of perfection.” There’s an idea that each of us has that perfect, golden persona, and we constantly try to prove it on social media.

Sure, millennials didn’t invent the selfie, nor the first ones were made in the 2000s. Selfies have been around for over a century. I even remember taking a few of them with my plastic film camera in the ‘90s, usually when I was sporting a silly hairstyle or dressed up in a costume. But, the “selfie-culture” is a more recent thing. And The New Yorker argues that it all started in the 1980s and ‘90s.

According to The New Yorker, the self-esteem movement led to the obsession with selfies (and with “self”) that we have today. The idea was to free ourselves from all kinds of social problems by believing that we were special and amazing. American politician John Vasconcellos believed that increasing self-esteem was like a “vaccine for a disease,” which could protect people from being overwhelmed by life’s challenges. He persuaded the legislature to give him a task force and the funds to research the idea.

Three years later, the results showed that low self-esteem is not the root of all social problems. Still, the research findings were not published as such. The idea of building self-esteem to protect us from failure prevailed, and it became viral. The New Yorker argues that this changed how we raised our children and what we taught them about themselves and life. Parents persuaded their children that they were “special and amazing” and deserved to be treated that way – beliefs that can develop narcissistic disorder.

Since the early ‘90s, when the self-esteem movement blossomed, the data shows that narcissism among young people is constantly rising. According to the New Yorker, “it’s one of the ways that the millennial generation was built.”

What concerns me more about “perfect” selfies and “perfect” Instagram photos is that they can make you miserable. Seeing all those photos can make you feel like you’re missing out on life, or like you’re not good enough. The search for Instagram fame makes people do stupid things, from getting into debt to smuggling drugs. But I guess this is a whole other story.

As for the ideas discussed in the video, I think that the link between narcissism and selfies makes perfect sense. The connection between the self-esteem movement and narcissism also seems reasonable; I just never gave it a thought. On the other hand, I do think that each of us is “special and amazing.” In other words, I believe every person is different from someone else, with their own set of skills, talents, beliefs, strengths and weaknesses. So, I don’t think teaching your child that he or she is special can turn them into a narcissist. But I guess you just shouldn’t go overboard.

What do you think? Does the connection between the self-esteem movement and selfie obsession seem reasonable to you?