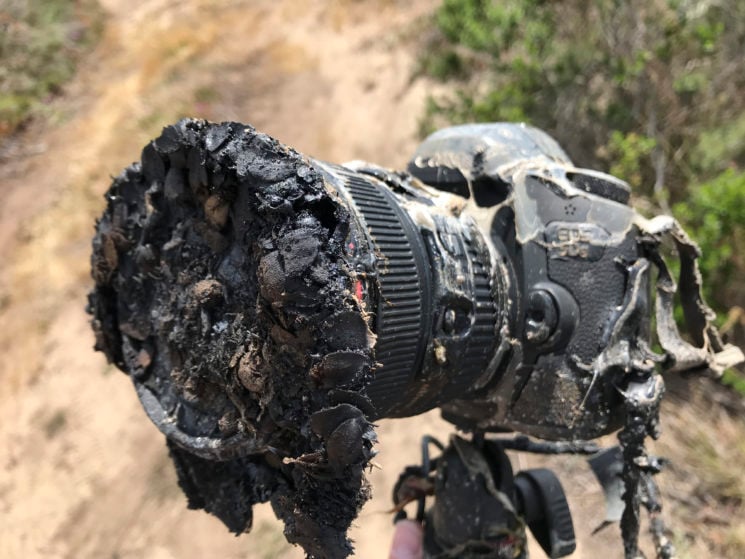 Last week, photo and story of a melted NASA camera went viral. Most of us believed that it happened because the camera was too close to the launch pad. However, in a recent article, NASA explains what really happened to Bill Ingalls’ Canon camera. As it turns out – it was actually one of the furthest cameras from the pad.

Bill Ingalls has been shooting for NASA for thirty years. Therefore, as the article reads, he knows where to set up his cameras to keep them safe. So, how did it happen that his camera got so heavily damaged? Well, the launch started a grass fire; it spread fast and toasted the camera. When Ingalls got to the site after the launch, firefighters were there to greet him. He managed to get the memory card from the melted camera, and luckily, the photos were there. Because of this, Ingalls managed to create a gif that shows just what it looked like as the fire approached the camera.

NASA explains that the other four cameras inside the perimeter were undamaged, as well as the other remote camera. Ironically, the toasted camera was one of the furthest from the launch pad; set a quarter of a mile away. According to the article, the unlucky camera is headed for display somewhere at NASA Headquarters in Washington, DC.

An open letter to my beloved Canon – What happened to your innovation?

Whatever happened to Fujifilm’s “Kaizen” updates?

« Need protection for your expensive filters? This hard filter case could be what you need
Leaked Phantom 5 photos turn out to be a modified Phantom 4 Pro »